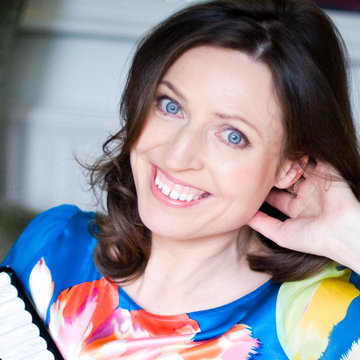 Great - an amplifier would have been an advantage

Colette, you were just wonderful! Your communication and enthusiasm before the event was first class and you even learnt some additional songs that we requested. As for the event itself you were the icing on the cake. Guests have commented on your brilliant performance ever since and you just totally made the party a huge success. I cannot recommend you enough and will definitely be in touch for any further parties we have! Thanks SO much!

Colette was terrific, she provided us with exactly what we asked for and was a pleasure to work with. I would highly recommend her.

YS
Yvonne S
4 years ago, for a Private event in Dunmow

Hello Colette, what a brilliant way for our mother Rose to enjoy her big day on Sunday. Your amazing music was certainly the icing on her cake and the compliments from the guests about your highly talented trio flowed even faster than the champagne at her afternoon tea party! So many, many thanks for your contribution to what was a really lovely occasion. Mum was delighted and will remember with fond memories for ever. Yvonne, Tricia, Ian and Teresa Our Mother's 80th Birthday Party, Great Dunmow, Essex

MR
Maura R
4 years ago, for a Private event in Greenwich

Dear Colette, Thank you so much for everything you did on Saturday to make my party a successful celebration of my big birthday. Your music was truly lovely and I thought it was just perfect for the event. So beautifully melodic, it allowed everyone to chatter on while still being clear and strong and audible. I enjoyed everything, but I was able to sit and listen to the Jacques Brel songs especially. I thought you played them so well, and you were great to have learnt them for me. I hope you enjoy having them in your vast repertoire. We may not be auditioning for Riverdance any time soon, but I think it was clear that we really loved our swinging around ceilidh style (God help us! Weren't we wonderfully awful!!) I'm so glad I remembered you well from 2006, and thought to invite you to play for me. Many many thanks, Maura