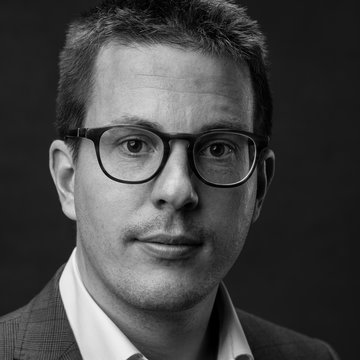 Christopher Ebbern, DipABRSM, ATCL (Distinction), ATCL, MISM, AFNFCM, FSCO Pianist, Baritone & Organist Chris is currently a Deputy Bass Lay Clerk at Derby Cathedral, Accompanist for Nottingham Hospitals' Choir and Founding Musical Director of Ebbern Ensemble. At West Park School, Spondon, Chris teaches piano, singing and music theory; he also has a very busy private teaching practice. He deps as a singer with De Montford University Chamber Choir. For five years (2012-17) he was Director of Music at St. Mary's Church, East Leake, where duties included playing the organ for Sunday services, Weddings, Funerals and conducting the RSCM affiliated Church choir and also the community choir. He taught piano at Orchard Primary school, Castle Donington (2012-17.) He has a wealth of performance experience; featuring as a soloist, accompanist and singing in choirs in such venues as The Royal Albert Hall, London, The BBC recording studios, London, Nottingham University, Djanology Arts Centre, Nottingham Albert Hall, Southwell Minster, Derby Cathedral, Leicester Cathedral, St James the Greater Leicester, The VoiceBox (Derby), Keele University Chapel, Thrumpton Hall, Beaumanor Hall, Prestwold Hall and many other venues. An accomplished accompanist, Chris has accompanied a number of choirs in the Midlands including: Come and Sing Messiah under the direction of Angela Kay MBE (November 2016), Charnwood Choral Society’s (Christmas concert 2013), a combined choir of Southwell Choral Society and Newstead Abbey singers, (Stainer’s Crucifixion: 2014) (featuring Stainer’s Great Grandson himself), and a combined choir of Ruddington Choral Society and Burton Joyce Choral Society (Faure's Reqiuem: 2015). Chris has accompanied on an annual basis a collaborative performance organised by Leicester-shire Music Education Hub in Castle Donington led by Gillian Ramshaw, which consists of approximately 200 Primary school Children. In addition to this, Chris has accompanied lots of other events for Leicester-shire Music Education Hub and also students taking graded music exams and Nottingham University’s end of year Music Recitals. In 2012 he was invited to accompany during a masterclass at the Voice Box in Derby, led by Christopher Underwood, Professor at the Royal Conservatoire of Scotland and was praised for his playing. In March 2013 Chris attended a Jazz singing workshop led by Nia Lynn who is a Voice teacher at the Royal Academy of Music; London. He has been on many conducting, singing and choral courses with leading figures in those fields, including: John Rutter, Julian Wilkins, Paul Spicer, Gaynor Keeble, Neil Ferris, Ian Chesworth, David Lawrence, Amy Bebbington and Bob Chilcott and in 2012 attended the Association of British Choral Directors Course. As an Organist Chris has played all over Britain and has been very privileged to play some of the finest instruments in the country. He has played the organ in Liverpool Anglican Cathedral, which is the largest in the U.K; he has also played Coventry, Derby, Lichfield, Truro, Southwark, Leicester and Southwell Minster Cathedral Organs and the Organ in Nottingham Albert Hall. In (2016) he sang with the Consort summer school course led by Singing for Pleasure under the direction of Swiss conductor Fabien Volery. He has also sung in the choir for the BBC Songs of Praise television programme, sung under the direction of Bob Chilcott with the BBC singers recording BBC Radio 3's come and sing Christmas event and had his own composition published by De Montfort University for their TB awareness video, which has been awarded prizes.

Please see an example of my repertoire - do contact me for a more extensive list!
NB: Some pieces work for Piano/Voice/Organ/Choir.
You Raise Me Up
Can You Feel the Love tonight
Your Song
Angels
A Thousand Years
Hallelujah
Fields of Gold
Love Changes Everything (Aspects of Love)
All I ask of you (Phantom of the Opera)
Wishing you were somehow here again (Phantom of the Opera)
Balcony Scene - Craig Armstrong
Glasgow love theme - Craig Armstrong
Le Onde - Einaudi
I Giorni - Einaudi
Clair de Lune - Debussy
Arabesque - Debussy
The Lord Bless you and Keep you - Rutter
The Lord is my Shepherd - Howard Goodall
Hallelujah Chorus - Handel
Jesu Joy of Man's Desiring - Bach
Arrival of the Queen of Sheba - Handel
Prince of Denmark's March - Clarke
Trumpet Tune - Purcell
Toccata from Symphonie No.5 - Widor
Customer questions

That’s not an issue. Contact me and I may be able to accommodate your new time.

This can vary depending on the event. If there is already an instrument there it reduces set up/preparation time. Usually, if I bring my piano it takes approximately 20 minutes to set up.

Yes, providing it is in good condition and in tune.

Yes! Although, I request music is supplied to me in advance.

Verity & Sean O'Brien 09/04/16 - All Saints Church, Thrumpton and Thrumpton Hall Chris and the choir were recommended to us through our vicar Richard Coleman.  On our wedding day Chris and the choir were absolutely fantastic.  Along with accompanying on the hymns, the choir sang two separate pieces whilst we signed our register (Your Song & All You Need is Love).  It really made the service listening to them sing and all of our guests thought they were great.  Throughout the process Chris was professional and organised which made the whole process a breeze.   Chris also performed separately at our reception venue, where he played the piano during our drinks reception.  Again this was faultless and really set the ambiance of the room. I would highly recommend Chris and the East Leake choir to anyone looking to add that something special to their big day. Many thanks Verity & Sean O'Brien