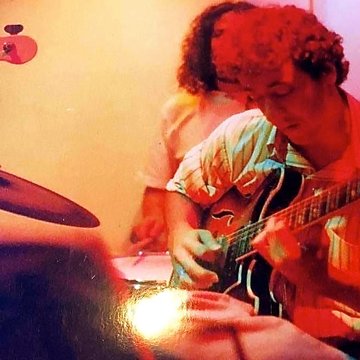 Check availability and get a free quote now - no commitment to book
From£190
Watch & Listen
About Carlo
Reviews
Home page
Carlo Filipe
Like Carlo?
Watch & Listen
Watch
Listen
1-2 of 2 videos
Carlo Filipe no Sesi in Jazz
Tico Tico no Fubá

Carlo Filipe s a guitarist , mandolinist and composer, who combines the enticing Brazilian swing with the broad styles of contemporary jazz
3 of 6 photos
Electric Guitarist
York

Carlo Filipe Banhos Estolano graduated with a BA in Music (guitar) from Estácio de Sá University, Rio de Janeiro, in 1994. Spalla in Orquestra Brasileira de Guitarras from 1992 to 2001, recorded 2 albums and toured Brazil's major capitals. In 1997, founded Tastho Guitar Trio, releasing "Sambaqui" in 2001. In his solo work Carlo pursues the union of classical techniques with the swing and improvisation of Jazz and Brazilian Music. In 2008, he recorded his first solo album “Caldo” for Ethos Brasil Records. In 2014 Carlo received his MA in Jazz performance and Composition from the University of York and is currently pursuing a PhD, also in York.

Carlo Estolano is one of the most disciplined and punctual people I've ever known. His ability to work efficiently under stressful conditions and nerve-wrecking deadlines speaks volumes about his hard work, determination and his composed demeanor. During the time we worked in Brazil he led the school teachers’ quartet and demonstrated excellent leadership skills and team spirit. In general Carlo Estolano is a compassionate and hardworking human being with perseverance and ambition. I think he is a deserving candidate for the Master Degree program and would be a great value addition to your organization. I strongly recommend Carlo Estolano and am available for any further details you wish to know about him.

  I have known Carlo since he enrolled on the MA in Music at the University of York in 2013. In my role as Carlo's academic supervisor for his MA, ands now PhD, I have followed the development of his performance closely. Carlo arrived at York having completed an accomplished solo album Caldo in his home country, Brazil, which featured an engaging mixture of original material and Brazilian Jazz standards. Carlo's PhD work at the University of York focuses on constructing a musical meeting point for the ECM records sound and concept of artists such as John Abercrombie, Ralph Towner, Egberto Gismonti, Terje Rypdal and Mick Goodrick with a historicaly informed performance based investigation into the unique styles of Brazilian folk rhythms as Samba, Choro, Baião, Frevo. Carlo regularly performs in concerts at the University and publicly in and around York, .and consistently displays a thoroughly professional approach to music that both engages audiences intellectually and speaks to them artistically. I recommend Carlo to you without reservation.

I first met Carlo Filipe Banhos Estolano when he worked as a music teacher at the municipal school where I am the principal. I can positively state he was always a committed professional, highly esteemed by his students and colleagues. We also worked together in several concerts where Carlo demonstrated his skills as a fine guitarist. I strongly believe that his musical approach and creative compositions will enable Carlo to develop a a remarkable work both artistic and academically wise.