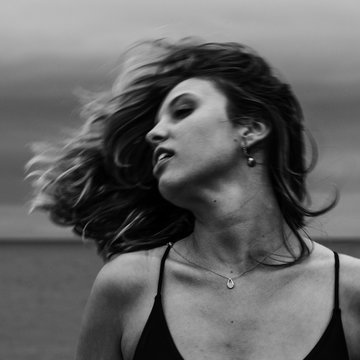 Cara Hammond is a 21 year old artist from North Wales. She has been writing songs since she was 11 and performing them since she was 14. Cara has self-released several EPs since 2013 and she has recently released her new single 'How I Feel' and so far it's reached over 60,000 streams on Spotify, been featured on 11 New Music Friday Spotify playlists, been played on BBC Introducing in Wales, BBC Introducing in West Yorkshire and Amazing Radio. In June 2017 she released the track ‘No' alongside a music video that was filmed in Paris. The song received a lot of support from all platforms, as well as the BBC and has reached over 100,000 streams on Spotify. Cara has already played over 100 gigs, and so far the highlights of her career are playing the Arena Stage at Love Supreme in 2017, writing for BMG and Sony ATV in the Netherlands,writing with Universal Music in Stockholm, graduating from Leeds College of Music, opening twice for Charlotte Church, being named as BBC Introducing Artist of the Week on the national radio show 'BBC Georgey Tonight', and performing at a BBC Introducing showcase in January 2017. Her music influences include Lianne La Havas, Ben Howard, Amy Winehouse and Paolo Nutini. Cara Hammond is excited to be releasing her new music, with a collective EP released Winter 2018.

As long as you let me know at least 6 weeks before I should be able to adjust.

Not before but between sets, yes.

My set lists are crafted from countless performances and learning what works best to ensure guests dance and have an amazing time. However, we're definitely happy to chat through and make sure we find what works for your event.

Yes, all except a PA and mixer.

Yes, again as long as I'm told at least 6 weeks before the event. Also this comes in at an extra cost of £5 per song as I have to spend extra time rehearsing.

My voice, my performance.

Standard Prices
All prices include:Unique song performances tailored to you, a PA (if required) and a video call to discuss (if required).