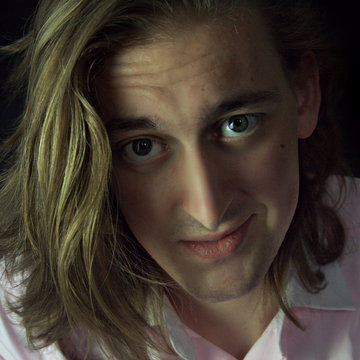 Young Baritone based has sung all over the UK and France. "Sublime" - Minack Theatre Review
3 of 4 photos
Singer (baritone)
Sandbach

Callum Speed recently graduated from Goldsmiths College, University of London with a BMus First Class Honours, where he was supported by the St Margaret's Lee Scholarship and won the Goldsmiths Concerto Competition. At age 20, Callum made his professional operatic debut in Helios Collective’s Dido & Belinda, with whom he has also sung at the last two International Opera Awards at the London Coliseum and originated the role of Watcher in the world premiere of Joanna Ward’s hunger, in collaboration with the ENO. For OperaGold Callum has sung the chorus of Strauss’ Die Fledermaus, conducted by David Syrus, the world premiere of Robin Haigh’s The Man Who Woke Up, Ben in Menotti’s The Telephone and most recently, The Sorceress in Purcell’s Dido & Aeneas. Callum’s other operatic appearances include originating the role of Earth in Opera North’s premiere of The Pied Piper of Chibok, Marullo for BareBoards’ Rigoletto and covering Maximilian for Surrey Opera’s Candide. Callum’s future engagements include spending this summer in France performing Die Zauberflöte, Alfonso und Estrella & Il Trovatore for Opéra de Baugé. As a concert soloist, Callum’s appearances have included Mahler’s Des Knaben Wunderhorn and Vaughan Williams’ Serenade to Music (Goldsmiths Sinfonia), Polypheme in Handel’s Acis & Galatea (North Wales Orchestra, Mold & District Choral Society) Stanford’s Songs of the Sea (Deptford Town Hall) and a new work for the First World War Centenary called Symphony For The Mothers and Sons, by Charlie Wells (Wakefield Cathedral). Callum strongly believes that music making is for all. Pursuing this belief, he conducts his own amateur choir and assistant conducts Noteworthy, an orchestra specifically for SEN children of all ages.

Yes, absolutely! I bring my own electronic piano to play or use backing tracks.

Standard Prices
All prices include:PA Equipment, a skype/zoom consultation with the client and up to 3 unique song choices.
NEW!Virtual services
Digital music party
I'll host an hour's entertainment for your virtual party. Includes a 'guess that tune' quiz, personalised songs for your team and other interactive music games! Guaranteed belly laughs!
£150

"Callum Speed is suitably slippery as the scheming Marullo" - https://northwestend.co.uk/index.php/professional-reviews/manchester/4152-rigoletto-waterside-arts-sale

Natural, relaxed production... a mature delivery in which (Callum) transmitted a thoroughly developed notion of the over-arching drama of each piece 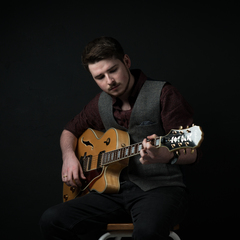 I performed with Callum in the Spring 2017, OperaGold production of Dido & Aeneas, in which Callum played the Sorceress and I played the 1st Sailor. He performed with unrivalled clarity and effectively allowed his vocal technique to subside in parts to allow his acting and performative skills lead the performance - a skill not often utilised in Opera. Nevertheless, there is a clear understanding of technique and an obvious passion for music and singing in particular.

Singer (baritone)s in the UK