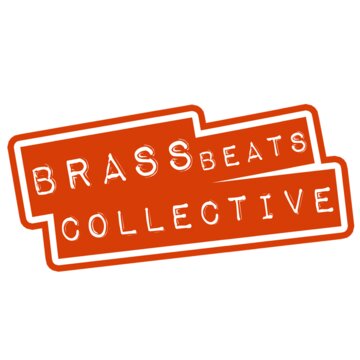 Audibly and visually thrilling! The perfect festival band! – Musicians Union 'The Brass Beats Collective brought a riotous onslaught of high-energy music, including surprising covers, and a heady mix of originals' - Blastarama The Brass Beats Collective is made up of trumpets, trombones, sousaphone and drums. We work with guest MC's and singers. We play dance music, including drum and bass, hip-hop, reggae, dubstep, Mariachi, Balkan and more. Most of our music is original, (composed by Joel Cooper), however we do play some choice covers, including tracks by MC Hammer, Nero, Bob Marley, Mosca, Madness, Gorillaz and Daft Punk. The Brass Beats Collective is based in Ipswich but travels far and wide, even internationally on occasion. The band was formed in 2009 following a busking tour of Europe (10 capital cities in 30 days!). Since then we have performed at countless club venues, parties, and festivals around the UK, including Parklife Festival, the Edinburgh Festival, (4 years in a row), playing at the E4 venue with the ‘Tom Tom Crew’, and on Stephen. K. Amos's live stand-up comedy show, (with dancing monkeys!). In 2010 we brought out our first, self-titled album, (Hot Botz Brass Band - former name). In July 2013, (as a 6-piece band with guest MC), we released the single, 'Tremor', which we premiered at the Beat-herder Festival. We released another single, ‘Free yourself’, (featuring the amazing voice of Kathryn Pemberton), in June 2015. Our new single, Right Through You, was released on New Years Day, 2021, and we hope to release a new album in Winter 2022. Brass Beats Collective were shortlisted for BBC Radio 1’s live lounge competition 2021, and have had tracks broadcast on many radio stations.

We have a unique sound and are a very happy positive band that love to entertain!

As a band, the Edinburgh Festival 4 years in a row, (E4 Udderbelly stage)

Yes, our original line-up is a 4-piece - trumpet, trombone, sousaphone and drums We also offer a 5-piece and 6-piece, (more fire power!), and can add a singer or rapper if your event requires it.

If timings change slightly in the run up to the event, just let us know.

We're happy to liaise with event staff to make sure music is played on the house system in between our sets.

If it's an acoustic event, we only need around 30 mins to set up. If it's a larger event, we'll need around an hour to set up and sound check.

If you want us playing acoustically, we can roam, but will need prior notice.

Our set lists are crafted from countless performances and learning what works best to ensure guests dance and have an amazing time. If you have a special request that isn't on our covers list, we can arrange this for a small fee.

No. The quotes are for an acoustic performance only. We are happy to use a PA system but this must be provided by the venue/ client, or negotiated with us beforehand, (we can hire one).

If you have a special request that isn't on our covers list, we can arrange this for a small fee, (charged for the writing of the arrangement and rehearsal time).

All prices include:We bring all instruments, (including drum kit), and our own lights for our music stands. We can play acoustically for small-medium venues but you will have to provide a PA system with microphones and mic stands, for a large venue. This can be discussed.

MU
Musician's U
8 years ago

The Hot Botz brought a riotous onslaught of high-energy music, including surprising covers, and a heady mix of originals. They were truly awesome!