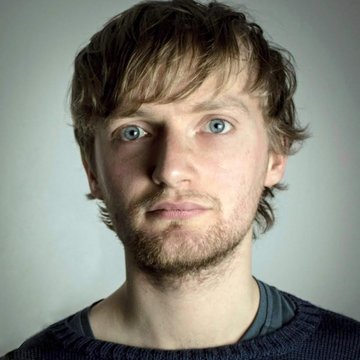 Ben Comeau is increasingly well-known in both the classical and jazz scenes in London, after graduating top of his year from Cambridge University with a starred first in music in 2014. He is active as a pianist, composer and organist. As a composer he has written and performed two piano concertos, performing the second in venues including Birmingham Symphony Hall and St. Martin's in the Fields. He has been asked to compose for the Britten Sinfonia (who performed the resulting work at the Wigmore Hall), the choirs of St. John's College Cambridge and Truro Cathedral, the King's Lynn Festival, Choir and Organ Magazine and many more. As a pianist, he was recently featured on BBC Radio 3's 'In Tune' programme, where he performed improvisations around material by Bach and Piazzolla. He has performed concertos by Mozart and Gershwin, as well as Messiaen's Quartet for the End of Time; highlights of his solo repertoire include much of J.S. Bach's Well-Tempered Clavier, Ravel's Gaspard de la Nuit, and numerous contemporary works by composers including György Ligeti, Kaija Saariaho, Robin Holloway and Thomas Adès. As an accompanist he has worked with internationally renowned soloists including Sir John Tomlinson, Andrew Kennedy and Nicholas Mulroy. He has an LRSM diploma on piano with high distinction. Ben is increasingly in demand as a jazz pianist. He recently performed with his jazz trio to high acclaim at the New Generation Festival in Florence; other performance venues have included the Union Chapel, Islington, and the Vortex Jazz Club, Dalston. He has just recorded an album of improvised free music with renowned singer Paula Rae Gibson, to hopefully be released next year. He is also known for accompanying up-and-coming cabaret act Bounder & Cad. At the age of 18 he won the inaugural Northern Ireland International Organ Competition, playing part of his own transcription of Stravinsky's Firebird Suite; he recently passed his FRCO organ diploma exam with all the available prizes, and was the was the organ scholar at Girton College, Cambridge for three years. He is very interested in the interplay and relationships between different styles of music. Recital programmes frequently include an eclectic mix of genres and styles, from Bach to Chopin to Debussy to Art Tatum to Pink Floyd to Ligeti. Improvisation forms a large part of his work, both in classical styles and jazz styles, and sometimes mixing the two. He has improvised soundtracks on the organ and piano to the silent films Phantom of the Opera, Nosferatu and Battleship Potemkin. As a teacher he has been employed by Cambridge University to teach harmony, counterpoint, pastiche composition, keyboard skills and aural skills, and he has also taught the latter at Middlesex University.

AS
Abbey P
7 years ago

During my 12 years teaching organ repertoire and improvisation techniques at Cambridge University, I would say that Ben Comeau has been one of the most gifted musicians I have met.