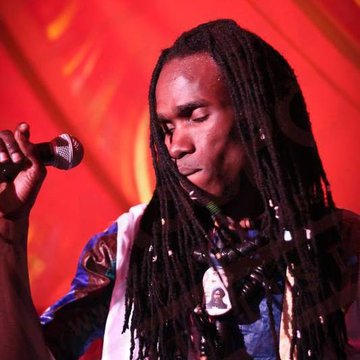 Batch Gueye sings the traditional music of the Senegalese Baye Fall with a soulful voice, magically bringing the heart of West-Africa to you
3 of 7 photos
Singer
Bristol

Batch is a West-African Griot, a storyteller through his music and dance. His mother, grandmother, and those before them had been singers. Singing Baye Fall chants is where Batch found his voice. Batch's songs are about life experiecens: about travel, immigration, places he has lived in and people he met and is grateful to. His songs also talk about feelings such as love and jealousy combined with life wisdom, teaching you to be good to yourself and respect those around you to listen, to trust and to have faith in life. Batch sings his songs in the Senegalese language Wolof. However, language does not obstruct his music. The passion Batch has can be heard in his soulful voice and understood by all. Batch's energy as a dancer is as vibrant and colourful as the patchwork clothes of his BayeFall people. Like his music, his dance style is a collection of both traditional and modern African cultures, and his combination of strong and fast movement promises to be a striking display. Batches sincerity as a singer is equal to the energy he brings as a dancer, a man of many talents - You can trust that Batch will never fail to amaze!

I could listen all day and night. Thank you xx . Much love

EB
Edoardo B
4 years ago

I know Batch personally, and when I listen to his music, the image of the singer and musician matches precisely with the image I have of Batch as a person. His songs are joyful and melancholic, they express freshness, warmth and vitality, and remind me of Africa and more genuine and truthful relationships among people. Deeper connections and links with the rhythm of the Earth and with tradition, a strong sense of belonging. In some of his songs I feel a moving pain that reminds me of bonds that survived the distance. His music is a tonic for the soul.

Singers in the UK
Singers in Bath
Singers in Wells
Singers in Newport
Singers in Gwent
Singers in Cardiff
Customer Service
Discover
Company
As seen on
© Encore Technologies, Ltd.
Crafted with bagels and in London