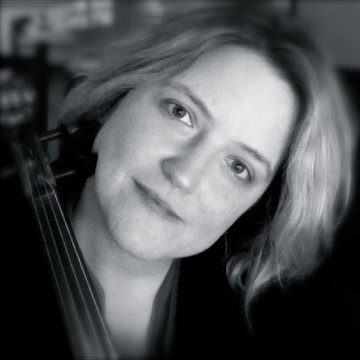 Check availability and get a free quote now - no commitment to book
From£200
Watch & Listen
About Anna
Reviews
Home page
Anna Downes
Like Anna?
Watch & Listen
1 of 1 video
Paradis : Sicilienne

Anna is a busy freelance violinist, performing regularly in orchestras, as a guest leader and recitalist
Violinist
Kidderminster
Public liability insurance of £10 million

Having been born into a family of professional musicians, Anna started her studies at an early age. In 1998, after receiving lessons from Malcom Latcham of The Academy of St Martin in the Fields, she graduated from the University of Exeter with an honours degree in music. As an student, she played with The English Mozart Players and also appeared as a soloist on BBC radio 2. On returning to the Midlands, Anna studied violin with David Gregory of the City of Birmingham Symphony Orchestra for a number of years. Anna enjoys a busy career as a free-lance violinist. She has performed with English Symphony Orchestra, English String Orchestra, English Concert Orchestra, Orchestra da Camera, Armonico Consort, Welsh Sinfonia, Royal Shakespeare Company, Brandenburg Sinfonia, National Concert Orchestra of Great Britain, Arts Symphonic and National Symphony Orchestra with artists such as Katherine Jenkins, Russell Watson and Catrin Finch. She is currently on tour with 'One Night of Tom Jones' starring Glen Leon and The Connection Orchestra. Anna is the founder and leader of new chamber orchestra, Central England Camerata, which stages musical events in partnership with Oxfam. Anna is the founder and leader of new chamber orchestra, Central England Camerata, which stages musical events in partnership with Oxfam. Anna is in regular demand as a guest leader. Recent engagements have included leading English Symphony Orchestra, Elgar Camerata, Beauchamp Sinfonietta, Heart of England Orchestra, Vivaldi Camerata and in July 2013, Anna performed the violin solos in Rimsky Korsakov's Capriccio Espagnol as Guest-Leader of Derby Concert Orchestra. Anna is an active recitalist and works extensively as part of the Amabile Trio with Duncan Honeybourne (pianist) and Joanne Jefferis (cellist). Recently they have given recitals in the Lumby Room at the Elgar School of Music in Worcester, Wednesbury Art Gallery, Peterborough Cathedral and The Bay Theatre in Weymouth, performing Mendelssohn's D minor Trio, and giving the world premiere of Andrew Downes Sonata for Violin, Cello and Piano. In May 2015, the Trio will be performing in the Yewfield Concert Series in Cumbria. Anna also gives regular violin and piano recitals at St Martin's in the Bullring, Birmingham, Carrs Lane Church, Birmingham, and Stourbridge Christian Centre. In addition to performing commitments, Anna is an experienced teacher and adjudicator, and is Director of Music at Old Swinford Hospital , a state boarding school in Stourbridge, West Midlands. She has adjudicated for Northfield Festival, Dudley Young Musician, Winterfold House Instrumentalists Competition, Central England Ensemble Concerto Competition and The Andrew Downes Performance Prize at Birmingham Conservatoire. In 2001 Anna founded Central England Ensemble which is made up of postgraduate musicians, music students and other talented musicians. The group has two main aims: to promote the music of Midlands composers and to provide a high standard performance platform for young talented musicians in the area. Since its conception CEE has performed over eighty concerts with a work by a Midlands based composer in each one. The orchestra has also toured in Northern Germany and in Paris, giving concerts in prestigious venues such as La Madeleine and the American Cathedral. The orchestra also runs its own Concerto Competition which has attracted over 100 entrants from all UK music colleges, and abroad, since the inaugural competition in 2008. In 2013, Central England Productions was born, which encompasses CEE as well as Central England Camerata,. Central England Productions stages popular events such as 'Come and Sing Messiah' (14th December 2013) and 'Arias for a Summer Evening' (planned for Summer 2014). These events feature professional soloists in idyllic settings such as the grounds of Hagley Hall. In January 2015, Anna was invited to a Garden Party at Buckingham Palace in recongition of her outstanding contribution to community work. In addition to this, as a former leader of Midland Youth Orchestra (2000-2003), and recipient of the James Langley Memorial Award (2000), Anna is a Trustee of the James Langley Memorial Trust. Anna lives in Worcestershire with her husband, Mike, and two very lively young sons, Oscar and Maxwell.

Verified
Angelica B, 2 years ago

Anna provided a gorgeous atmosphere at our event. A great mix of lounge jazz and Christmas favourites.

I cannot recommend Anna highly enough. She was very easy to deal with in the run up to our wedding and advised us throughout on the best choices for our music. On the day we were blown away by her beautiful sound.

Anna was very easy to communicate with from start to finish. She advised us on our music choices and accommodated our special requests. Highly skilled musician!

Verified
Rachel B, 3 years ago

Anna played for my parents' Golden Wedding anniversary and at our request she played a mix of jazz and wartime songs. Everyone got involved with singing along and it was a lovely occasion. A superb musician. 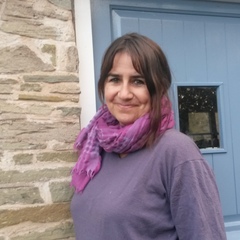 I have performed with Anna on a number of occasions and have been completely blown away by her ease and humour at performing the most difficult pieces. What a musician she is. Awesome!!