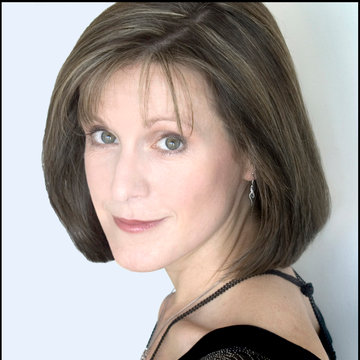 Anita is a versatile Classical pianist, equally at home performing as a soloist, accompanist or Chamber musician.
3 of 3 photos
Pianist
Henley-on-Thames
Public liability insurance of £10 million

Anita enjoys a varied career performing as a solo pianist, chamber musician and accompanist, with recitals at the Brighton and Cheltenham International Festivals, Snape Maltings, the Symphony Hall, Birmingham and the Royal Festival Hall. Her broad repertoire includes classical, romantic and contemporary works. Last year she gave the first UK performance of a major piano work by Joep Franssens, in the presence of the composer; next year she will be giving the first performances of a new work by Cornish composer Graham Lynch. Recent concerto performances include Shostakovich Piano Concerto no. 2, Beethoven Choral Fantasy, Mozart Piano Concertos K.467, K.488 and K.491, Constant Lambert The Rio Grande and Mendelssohn Piano Concerto no. 1. Later this year, she will be performing Rachmaninov’s Rhapsody on a Theme of Paganini with the West Forest Sinfonia. A keen Chamber musician, Anita's piano trio has won national competitions, performing at the Royal Albert Hall, the Purcell Room and St. John’s Smith Square. In 2018 she founded and curated the critically acclaimed chamber music series, ‘Winter Recitals, Wallingford’; following its success, the series will continue next year. Anita graduated with first class honours in music at the University of Birmingham, winning the Arnold Goldsborough Prize for her final recital. She was awarded the Barber Scholarship and G. D. Cunningham award to aid her Postgraduate study at the Royal Academy of Music, where her principal teachers were Geoffrey Pratley (specialising in accompaniment) and Vanessa Latarche. Teaching has always been an important aspect of her career; she was Head of Music at Trevor-Roberts School in London, and later became Head of Keyboard at Sherborne Girls, Dorset. Now based in Henley on Thames, Anita is a piano teacher and accompanist at Eton College.

I was immediately struck by a unique sensitivity in her playing - just sublime!