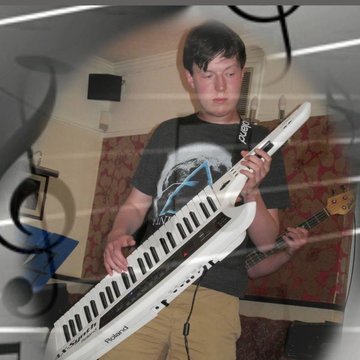 Biography Adams first Musical memory was when we went to see keyboard player Rick Wakeman for his 5th Birthday. A few weeks later a Keyboard was acquired and since then his love for Music has grown continuously. He is a Pianist, Oboist, Organist, Composer and Musical Director and has completed a BA Music degree at York St John University. He currently holds posts as Musical Director for the Selebian Singers (Selby Choral Society) and also Organist for the Churches of 'Whittington benefice' in the North East Chesterfield district. For a short time he was also Director of Music at Tadcaster Parish Church and still plays Organ there occasionally. The Venues that he has performed at have included the London Royal Albert Hall, Renishaw Hall, Chatsworth House, Durham Cathedral and the National Centre for Early Music. Furthermore he has recently worked with Adam Wakeman, Nikki French (Eurovision), John Rutter, Bob Chilcott, Jonathan Ansell (from G4), Kate Rusby, Gordon Giltrap, Marisa Johnson and Rebecca Newman. In Addition he takes a keen interest in Musicals/Pantomimes and regularly plays in or directs pit orchestras. His output of compositions is growing and recently he has had pieces performed in prestigious locations such as York Minster and also the annual Oboe festival in Sydney (Australia)

Please enquire directly. My set list can cover both Classical and Popular genres and can be tailored to the specific event

Speaking of the production team, Melanie Gilbert (Musical Director) had quite the challenge on her hands, but handled the intricate music with ease. Just looking and the names in the band, I had not a doubt that they would be wonderful to listen to. Names like David Shipley (Drums) and Adam Parrish (Keyboard 3) I knew that the standard would be top notch…and it was. Tight, tuneful and masterfully controlled as this 80’s rock show unravelled