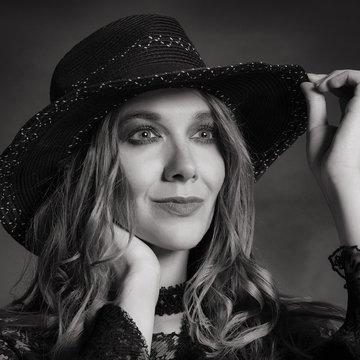 Beth Sherburn is a British Singer, Songwriter and Model.

Absolutely, just let us know. There may be an additional fee for this.

We usually setup1 hour before performance time. As soon as setup is complete we can provide a playlist service to help set the atmosphere and get you and your guests ready for live performance.

We have prepared a set list picked by Beth but we're definitely happy to chat through and make sure we find what works for your event.

If there is a special song you'd like us to learn we are happy to do this for you. There may be an additional fee for this.

Supporting The Saturdays in their Greatest Hits UK tour, and private concert from The Royal family.

Beth kindly agreed to sing at my Christmas wedding in 2018. From the minute we were in contact, Beth was helpful, kind, professional, positive, easy to deal with, conscientious and in contact with all the details you need as a bride trying to pull together a wedding at short notice!! We had a phone call prior to the wedding and we clicked. Beth's performances were absolutely outstanding and she felt like part of the Family and she did everything and more to help me ensure our wedding and evening went as well as it could. Any future party we organise i would not hesitate to ask beth to perform and she really deserves to be succesful in the music industry.

Beth, who herself is working on a country music album, fit right into my husbands 50 th celebration themed “ Wild Wild West”. Beth is lovely and has an amazing voice! She even learned the words of songs we wanted her to sing beforehand! She should be singing in the O2 or Wembley!

Beth is brilliant. She has an amazing voice, she made our NYE party super special. I would definitely recommend booking Beth for any occasion. She really is awesome.

Verified
Jay A, 2 years ago

Beth has supported the Kinver Music Festival for the last 5 years and always manages to please the crowds with her blend of ballads, Motown and soul songs from all eras. This year we were treated to a selection of Country and Western favourites including covers written by Dolly and Willie Nelson no less. Beth never fails to hit the spot and this year was no exception. Always a crowd pleaser and goes about her business in true professional style we are looking forward to inviting her to return again to the Kinver venues this year.

Verified
Charles B, 2 years ago

The bi-annual Different Singing Memories for Alzheimers Dementia research this year, we had the pleasure of having Beth Sherburn up from London to support the event and to be part of the judging team. Later in the evening we had Beth singing some of her songs which the 300 + audience simply loved her singing which was excellent, a star for the future.

Beth Sherburn offered some stunning vocals and an impressive wardrobe. Her rendition of Etta James’ ‘At Last’ was breathtaking.

An absolutely incredible performance at my husband's 60th Birthday party. Your choice of songs were perfect and we all loved them very much. My family and friends made so many wonderful comments and talked about how professional you were. Even the staff and other guests at the restaurant had a memorable evening! Thank you so much.

Finally a pop princess who sings live, writes her own music and breaks into the Music Industry through the traditional route of hard work

Beth's voice paved the way for what is destined to be a life making beautiful music, her maturity belies her years