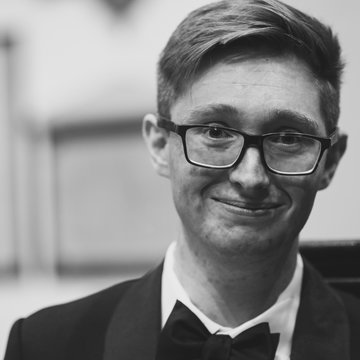 Richard Dawson is the Director of Music at Barnard Castle School in County Durham. Prior to taking up this position, he was Deputy Director of Music & Head of Academic Music at Brighton College (England’s ‘School of the Decade’), Director of Music at St Paul’s Church, Brighton, Musical Director of the Esterhazy Chamber Choir and President of the Brighton and District Organists’ Association. Richard studied Music at the University of Oxford, where he was also the Organ Scholar of Keble College. During his time at Keble, Richard accompanied the choir for numerous tours and recordings (including Duruflé Requiem and Vierne Messe Solenelle) as well as for the College’s first live broadcast of Choral Evensong on BBC Radio 3. Richard has directed such choirs as the Keble College Chapel Choir, the Oxford University Student Chorus and The Henry Ley Singers, a chamber choir Richard founded in October 2012. With these groups, he has conducted in Ely Cathedral, the Sheldonian Theatre in Oxford, and for a professional CD recording on the Acclaim Label in 2014, which was reviewed as having “musical clarity ... to which many choirs should be aspiring” and that “Dawson's direction is brimming with a musical maturity rooted in a deep emotional connection with the music”. He has studied choral conducting with Paul Spicer, Edward Higginbottom and Ralph Allwood. As an organist, prizes awarded to Richard for his playing include the Michael Popkin Memorial Award for the highest marks in all organ classes at the Oxford Festival, and the Douglas May Prize for outstanding playing at the Oundle International Organ Festival. He has accompanied choral services in such venues as York Minster, Wells Cathedral and Notre-Dame Cathedral in Paris, and has recently accompanied the Brighton College Chapel Choir for an appearance on BBC Radio 4’s Desert Island Discs. Richard has performed in a solo capacity at Birmingham Town Hall, Alexandra Palace, London, The Queens’ College, Oxford and Exeter College, Oxford. Richard is an Associate of the Royal College of Organists, and has studied the organ with Stephen Farr, Andrew Fletcher and Toby Barnard.

I will always try to be flexible to help ensure your event runs as smoothly as possible. If timings change slightly in the run up to the event just let me know, and I'll see if I can make things work!

No, but I can suggest people that can!

Usually, I will arrive around 45 minutes before your event to check the instrument and ensure everything is okay.

Usually, the venue will have its own organ. We would confirm this during your consultation.

Yes! I'd be happy to discuss this as part of your consultation.

Standard Prices
All prices include:Consultation before event, performing on instrument located at venue.
Packages
Wedding ceremony
This includes music before the service begins, music during the signing of the register, and music as guests leave, as well as playing for hymns during the service.
£160

Our organist [Richard] was simply outstanding – such subtlety in his accompanying the choir, and his Toccata, mind-blowing. He's an excellent player.

"Dawson’s direction is brimming with a musical maturity rooted in a deep emotional connection with the music..."