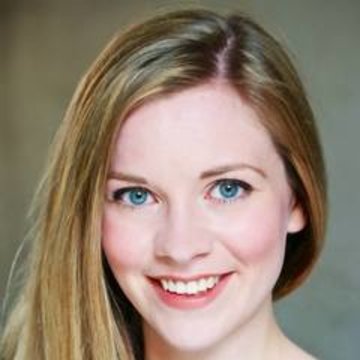 Lynn is recent graduate of the Alexander Gibson Opera School, at the Royal Conservatoire of Scotland. During her studies, Lynn participated in masterclasses given by Susan Graham with Malcolm Martineau, Rachael Nicholls, Patricia McMahon and Lisa Milne. Lynn’s operatic roles include La Grosse Dame in Poulenc’s Les mamelles de Therésias, The Neighbour in Stravinsky’s Mavra, Kate in Britten’s Owen Wingrave, Narciso in Handel’s Agrippina, La Mere in Frank Martin’s Le Vin herbé, Prince Orlofsky in Strauss’ Die Fledermaus, and Filippevna in Tchaikovsky’s Eugene Onegin. Lynn has also covered the roles of Bianca in Britten’s The Rape of Lucretia, Suzy/Lolette in Puccini’s La Rondine and both Marcellina and Cherubino in Mozart’s Le Nozze di Figaro. In performances of Opera Scenes, Lynn took the roles of Cherubino in Mozart’s Le Nozze di Figaro, Polly Peachum in Britten’s The Beggar’s Opera, and Pitti Sing in Gilbert and Sullivan’s The Mikado as part of the 2013 Aberdeen International Youth Festival, and has performed 3rd Lady in Mozart’s Die Zauberflöte, Tisbe in Rossini’s La Cenerentola, Hänsel in Humperdinck’s Hänsel und Gretel, Meg Page in Verdi’s Falstaff, Frau Reich in Nicolai’s Die Lustigen Weiber von Windsor, Hermia in Britten’s A Midsummer Night’s Dream, Octavian in Strauss’ Der Rosenkavalier, and Romeo in Bellini’s I Capuleti e I Montecchi with the Royal Conservatoire. This June, she will perform the role of Pippo in Rossini’s La Gazza Ladra. Lynn regularly performs in concert, recently including Mozart’s Requiѐm Mass in D minor with St Mary’s Music School in Edinburgh, Vivaldi’s Gloria with Strathaven Choral Society and the Pergolesi Stabat Mater with Glasgow Lyric Choir. In 2015, Lynn took part in a concert performance of The Rake’s Progress with Sir Andrew Davis and the Scottish Chamber Orchestra as part of the Edinburgh International Festival, and this year took part in a re-staging of Beethoven’s 1808 ‘Academy’ concert by the BBC Scottish Symphony Orchestra, under the baton of Thomas Dausgaard. Lynn presently sings with the female chamber choir Les Sirènes, who held the prestigious title of “Choir of the Year” between 2012 and 2014. They have recently performed Mendelssohn’s A Midsummer Night’s Dream with the BBC Scottish Symphony Orchestra and Debussy’s Nocturnes with Glasgow Orchestral Society.

NEW!Virtual services
Personalised Music Message
Book me to create a unique music video for you to send to a friend as a gift. This could be a birthday message, first dance song for a wedding anniversary, or just your friend's favourite song to cheer them up.
£15
Lynn

Lynn sang at my Father's funeral and she was the epitome of professionalism. Lynn sang beautifully and flawlessly, I could not recommend her more highly. thank you Lynn

We first heard lynn at a previous event and loved her voice and thought it would be perfect for our wedding. We were married in a church service and Lynn sang while we signed the register, Lynn was accompanied by the church organist and was happy to meet her before hand to practice, we chose the song for Lynn to sing and she also gave us some ideas to help us choice, lynn sang beautiful and it was perfect for the occasion. A number of our guests commented on the performance and how well it went with our ceremony We would recommend Lynn for any wedding or other occasion Thanks again Lynn!

B
Bachtrack
5 years ago

Lynn Bellamy and Jerome Knox were both splendid in the character roles of Counsellors.