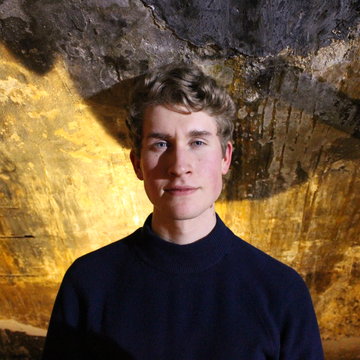 Jonny graduated from St Catharine's College, Cambridge with a BA in Music in 2015. Though he began university primarily as an oboist studying under Nicholas Daniel, his encounter with the choral scene there lead him to take singing more seriously, regularly singing baritone with Sidney Sussex Chapel Choir, Cambridge University Chamber Choir as well as taking on one-off projects such as a premiere of John Tavener's opera Mary of Egypt and the Facade Ensemble’s first performance of Stockhausen's Stimmung. Now working in London as Head of Artist Relations for the online musician-booking platform Encore, Jonny continues to sing regularly with the Facade Ensemble and Ante Terminum Productions. In his spare time he can be found practicing French, going on long cycle rides, and playing Brazilian and Balkan percussion in his samba and folk bands (though not usually at the same time). Winter Wonderland

Standard Prices
All prices include:a;osjhsadlkfjbs
Packages
Wedding ceremony
This includes music before the service begins, music during the signing of the register, and music as guests leave.
£500
NEW!Virtual services
Personalised Music Message
Book me to create a unique music video for you to send to a friend as a gift. This could be a birthday message, first dance song for a wedding anniversary, or just your friend's favourite song to cheer them up.
£15

Jonny was professional and an asset to the group.

Extremely professional service - the crowd absolutely loved it! I'd definitely recommend them to anyone looking for a brilliant performer for their event!