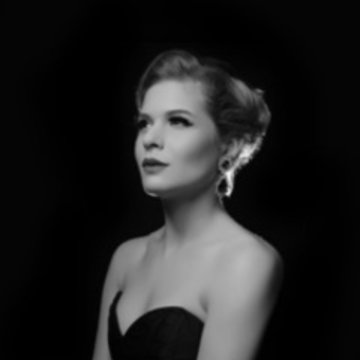 British Soprano Jennifer Coleman is a diverse performer whose career spans opera, concerts, television, and recitals. She especially enjoys introducing new audiences to classical music. Jennifer graduated with distinction on the Masters and a Diploma at the Royal College of Music, London, where she was a Theo Max van der Beugel Scholar under the tutelage of Janis Kelly. She was a Britten-Pears Young Artist 2017, winner of The Hatfield Festival Vocal Category 2017, and of a 2016 Musical Odessey Prize while taking part in masterclasses in Nafplio, Greece. Her debut album 'Songs of Love', accompanied by piano and string quartet, was released following on from the success of her debut E.P. 'Simple Gifts'. Both of these are available to buy in the shop. Operatic roles include: Theodora in Handel’s Theodora (RCM Oratorio society), Pamina in Mozart's The Magic Flute (St. John's Opera), Taumann/Dew Fairy in Humperdinck's Hänsel und Gretel (RCMIOS), Mabel in Pirates of Penzance, Frasquita in Carmen, 2nd Niece in Britten's Peter Grimes (Dartington International), Fili in Handel's bilingual Acis and Galatea (Aldeburgh), Priestess in Gluck's Iphigenie en Tauride (Euphonia Opera) and Vixen in Janáček's The Cunning Little Vixen for RCM Opera Scenes. Concert performances include soprano solos in Bach's St John Passion, Brahms' Deutsches Requiem, Handel's The Messiah, Purcell’s Come ye sons of art, and Elsie Suddaby in Vaughan-William's Serenade to Music. Jennifer first appeared on television at the age of 17 when she reached the boot camp stages of The X Factor. Since then she has been featured singing on several television programmes. Other highlights include six months touring the world as the resident opera singer aboard The Silver Muse, appearing as a soloist on the Cabaret Stage at Latitude Music Festival 2015, a tour of ten different concerts with orchestra as a soloist for the Young Virtuosi Festival in the South of France 2016, recitals in Spain as part of the Encuentro de Música y Academia de Santander 2017, and recitals with clarinetist Peter Dec at prestigious London venues including The Royal Albert Hall, Kings Place, The Victoria & Albert Museum, and The Royal Academy of Art.