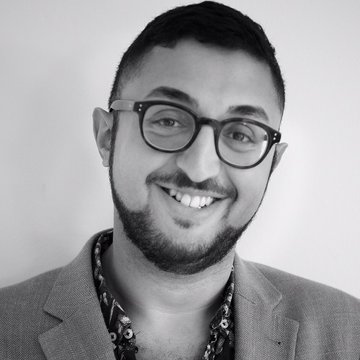 Ian Peter Bugeja is a graduate of the Royal Welsh College of Music & Drama, where he read for an MMus in orchestral and opera conducting under the tutelage of conductor-in-residence David Jones. While there, he was generously supported by the Janatha Stubbs Foundation. He studied piano and theory of music with Maria Dolores Amodio and Stephanie Quintano Lauri respectively, before furthering his musical studies at the University of Malta – reading for a B.A. (Hons.) degree in Music (major in piano performance and conducting), mainly studying with Michael Laus. He has also been tutored in conducting opera by Australian opera conductor Richard Divall, as well as in conducting symphonic repertoire by Jonathan Butcher, Neil Thomson, and Toby Purser. Ian Peter is currently pursuing his doctoral studies in historical performance on the MPhil course at the Guildhall School of Music & Drama in London under the tutelage of John Irving and Biranda Ford. As a keyboard player, he was invited to perform in Damascus (Syria), and has also performed throughout the United Kingdom; he was also a prize-winner during the fourth edition of the international piano competition 'Concorso Pianistico W.A. Mozart', which was held in Italy. Ian Peter specialises in historical performance, regularly taking on the double role of conductor and soloist with various seventeenth and eighteenth-century keyboard (harpsichord/fortepiano) concertos; he also conducts most early instrumental music and operas from the keyboard. Ian Peter has participated in master-classes with various internationally-acclaimed musicians amongst whom were John Fisher, Emma Kirkby, Siegfried Mauser, Douglas Haas, John Bethell, Franco Foderà, George Konstantinidis, and Geoffrey Haydock, as well as concert pianists Yuri Didenko, Penelope Haydock, Iris Senturker, Rudina Ciko, Zoe Samsarelou, Massimiliano Damerini, Olivier Lechardeur, and Olga Bobrovnikova. Ian Peter is the founder and executive director of vocal and period instrument ensemble 'Les Bougies Baroques' – whom he has directed and toured with extensively across the UK and mainland Europe, to great acclaim. In the past, he has worked with a number of groups and orchestras that include the 'St. Petersburg State Symphony Orchestra', 'Malta Philharmonic Orchestra', 'Orion Symphony Orchestra', 'RWCMD Chamber Orchestra', 'REPCo Orchestra', and the ‘Wales International Academy of Voice (Saturday Academy)’. Operas in which Ian Peter has featured as main conductor and assistant conductor include Gluck’s 'Il Parnaso Confuso' (Wilton’s Music Hall – August 2014) Mozart’s 'Der Schauspieldirektor' (Teatru Manoel – Notte Bianca Festival, September 2012), Salieri’s 'Prima la musica e poi le parole' (Teatru Manoel – Notte Bianca Festival, September 2012), Johann Strauss’s 'Die Fledermaus' (RWCMD, March 2011), Mozart’s Le Nozze di Figaro (RWCMD, March 2012), Puccini’s 'Madama Butterfly' (Mid-Wales Opera, September 2011), and the Mascagni-Leoncavallo 'Cavalleria Rusticana' and 'Pagliacci' double-bill (Teatru Manoel, March 2013). Ian Peter has been responsible for musically preparing internationally-acclaimed countertenor Max Cencic in Vienna in anticipation of the release of his album ‘Venezia’ with the record-label 'Virgin' (which was released in January 2013), and has performed for HRH Prince Edward of Windsor, Earl of Wessex, and other distinguished guests at Palazzo Parisio in Malta within a concert that preceded a World Fellows dinner (Duke of Edinburgh event). In December 2013, Ian Peter also had the unique opportunity of performing with the renowned 'Academy of Ancient Music' in a ‘side-by-side’ concert, while in January 2014 he closed the ‘Valletta International Baroque Festival’ with 'Les Bougies Baroques' in a concert showcasing the ‘Villains and Lovers’ from the operas of Rameau and Handel. Later in 2014, he also debuted in Berlin with 'Les Bougies Baroques'. Forthcoming engagements as conductor and keyboard player include various symphonic and operatic concerts in London and mainland Europe with 'Les Bougies Baroques'.

Verified
Emma B, 8 years ago

"Les Bougies Baroques brought energy and uplifting perfection from the get-go, causing us to fan ourselves with programmes and tap our feet in time with each wonderfully executed piece." ​ Emma Battcock for ‘The Bath Chronicle’

“Bugeja conducts with the energy of a born enthusiast… Great fun and hugely enjoyable.”

“With Bugeja directing from the keyboard, the performance as a whole was vivid, well sprung, and aptly festive in spirit.”

“Ian Peter directed the ensemble from the harpsichord, doing so with his usual zest, energy and infectious commitment…”