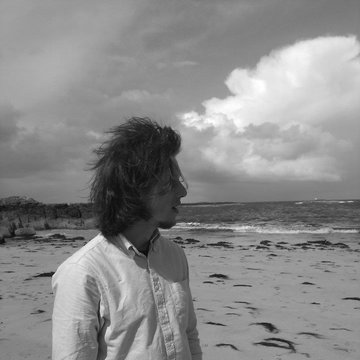 Chris Hutchings’ works have been performed by Kings' Voices, the National Youth Choir of Scotland, Edinburgh Singers, Chicago A Cappella, the New London Singers, Cappella Nova, the University of Glasgow Chapel Choir, and a wide variety of soloists, choirs and chamber groups in the UK, US, Canada and beyond. Recently completed new works include a communion setting for three churches in Edinburgh; O Clavis David for the Quodlibet Chorale; O Praise The Lord, Ye Angels Of His for St Giles’ Cathedral, Edinburgh, which now features on their latest CD; "Janya" for community orchestra, funded by Sound and Music's Adopt A Composer scheme; "Adeste Fideles" for Wimbledon Choral Society, conducted by Neil Ferris; "The Birlinn" for Napier University Chamber Choir; "We Are One Voice" for Beaconsfield Festival of Choirs; and "I brought your name to the river" for the Edinburgh Singers. Amemptos’ earlier CD “Excelsior” also includes his pieces O Vos Omnes and Crux Fidelis. In February 2016, Chris' introit "God To Enfold Me" was sung for evensong in Kings College Chapel, Cambridge. He has recently recorded a complete CD of works, "To the mountain" with the Reid Consort. Chris has received funding for composition projects and tuition from Creative Scotland, the St Magnus Festival, AHRC, Dartington International Summer School, and the Bliss Trust. Awards include the Chigwell Choir Young Composers’ Competition, New London Singers Composition Prize, the Temple Church Composition Prize and the John McLeod Composition Prize. He has an MMus from the University of Hull (2001).

“It was fantastic and the group seemed to love performing it, it suited them so well and pushed them into new areas (loved the sound effects)” “The piece by the young composer was absolutely brilliant and the orchestra played it beautifully! It seemed as if he composed it using the orchestra’s constellation eg strong brass section as a strength. I loved it”

“I am really delighted with the carol for WCS and we are all looking forward to performing in December. It has all you could want for a carol; jaunty rhythms, beautiful harmonies and a noisy finish! They really enjoyed the first look at this last night, thanks for a lovely piece.”