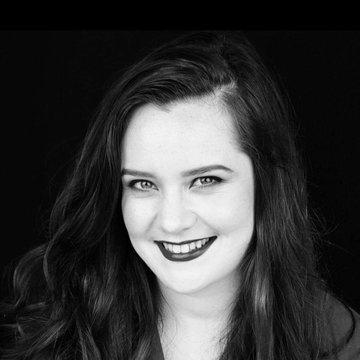 A graduate from the Royal College of Music studying with Ashley Wass, Fionnuala enjoys a diverse musical career, and is in demand across London as a chamber musician, accompanist and orchestral pianist. Recent solo performances include Gershwin’s Rhapsody in Blue with the Laganside Sinfonia, performances as part of the RCM Rush Hour Recital series and the RCM Keyboard Festival, and in 2018 she made her debut at St John’s Smith Square performing Gershwin’s Piano Concerto in F. She featured as orchestral pianist in a Shostakovich Symphony project at Cadogan Hall with Orion Orchestra, and performed with the London Philharmonic Foyle Future Firsts at the Royal Festival Hall in a memorial concert for Oliver Knussen. In 2017 she was awarded the Hester Dickson Duo Prize with soprano Sinead O’Kelly for the Oxenfoord International Summer School, and is currently the orchestral pianist for the European Union Youth Orchestra, joining them for their 2018 Summer Tour with performances across Europe, including the Concertgebouw, Amsterdam. She also performed with EUYO and conductor Vasily Petrenko at the 100th anniversary of Armistice Day in Paris for many world leaders, including President Macron. Fionnuala also recently embarked on a contract with Lincoln Center Stage, being handpicked for a piano quintet for the maiden voyage of the Nieuw Statendam, including a cruise attended by the ship’s Godmother, Oprah Winfrey. Fionnuala is also an accomplished violinist, which has greatly added to the versatility of her career in London, affording her the opportunity to perform with many orchestras, including concerts at the Queen Elizabeth Hall, at the Barbican with the Nonclassical label, recording at Abbey Road, and touring Prague as a principal with Imperial College Symphony Orchestra. Before moving to London, Fionnuala received a First Class Honours degree from the Royal Conservatoire of Scotland, studying under Korean pianist, Sinae Lee. Born in Co. Derry, she began playing piano at the age of 4, under tuition from Irish concert pianist Ruth McGinley. She was requested to perform for the Queen and the Duke of Edinburgh at 15, and has also performed live on BBC Radio 3 and BBC Radio Ulster. During her time at the Royal Conservatoire, she won the Peter Lindsay Miller Prize for piano duo, and received Highly Commended in the Governors’ Recital Prize. Performance highlights in Scotland include a solo recital at the Edinburgh Fringe, collaborating with the Red Note Ensemble conducted by Garry Walker, performing at the Aberdeen International Festival and working extensively with Les Sirenes Female Chamber Choir, which she accompanied for five years. Named Choir of the Year in 2012, Fionnuala recorded two commercial albums with the ensemble, ‘There is No Rose’ with Nimbus records, and ‘Sing Willow’ with Albion Records, and performed frequently throughout the UK, including at Glasgow Cathedral, Bridgewater Hall and the Royal Festival Hall. In 2013, she spent a semester abroad studying at the Karol Szymanowski Academy of Music in Poland with Zbigniew Raubo and Piotr Banasik, and in 2015 she was invited to attend the Young Artists Programme at the Clandeboye Festival, receiving private lessons with Barry Douglas. In the same year she competed in the City of Cantu International Concerto Competition in Italy, and in 2016 she was selected as the first recipient of the Peter Rankin pianist internship for Northern Ireland Opera’s Festival of Voice, receiving coaching from Iain Burnside. Other masterclasses include Peter Donohoe, John O’Conor, Roy Howat, Pascal Roge, Barry Douglas, Richard Goode, Philip Kawin and Malcolm Martineau. In her free time, she enjoys drinking too much coffee, petting stray cats and perfecting her bolognese recipe.

Verified
Sarah B, 1 year ago

Fionnuala accompanied my ABRSM Grade 5 flute student's exam. She was professional yet fun (which helped my student relax and enjoy her exam!) and even helped with a last bit of aural preparation helping my pupil get a very good mark. She is very personable and an excellent accompanist. Would highly recommend booking her.

Fionnuala is an unusually sensitive and versatile pianist and chamber musician. She’s equally as comfortable playing Mozart and Brahms, as she is Alicia Keys and Led Zeppelin.