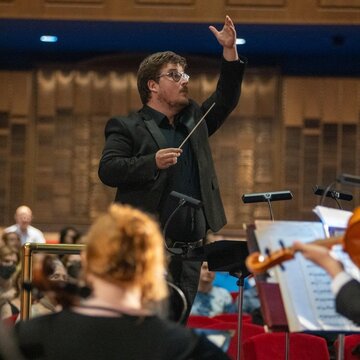 A dynamic musician and an imaginative creative leader, Cole Bendall is a conductor and vocal specialist based London and working across the UK. ​ ​Recent and upcoming highlights include concerts with Academy of Ancient Music, Covent Garden Sinfonia, British Sinfonietta; assisting Gregory Batsleer and the Scottish Chamber Orchestra Chorus (in a five-star staged-adaption of Parry’s Songs of Farewell); appearances at festivals in St Andrews and Edinburgh; workshops and affiliated performances with Rundfunkchor Berlin, Sonoro Choir and Turkish State Choir. He has received critical acclaim for creative programming and innovative interdisciplinary staging of choral works with the Reid Consort: projects have included world and national premieres; PATCHWORK REQUIEM; Nordic Landscapes and a virtual choir version of the Fauré Requiem. ​ In demand as a workshop leader and tutor for youth groups, university students and adults, Cole has delivered seminars for groups in the UK, USA and mainland Europe. In 2017, he received the Andrew Potter Bursary for emerging conductors from the Association of British Choral Directors; in 2018, he participated in the Dima Choral Conducting Competition in Romania (Top 16) and was a recipient of the Help Musicians UK TRANSMISSION fund. ​ Cole is a Visiting Teaching Fellow in Music at the Centre for Open Learning at the University of Edinburgh. His PhD thesis on the choral music of the Estonian composer, Veljo Tormis, is nearing completion. He writes regularly on topics of choral music and identity, cultural politics and the rise of virtual choirs and digital media in choral music. He studies conducting with Neil Ferris and Ben Palmer.

...under his leadership, the choir’s standard of performance has improved to a level that few would have thought possible.

...a young man who has an impressive conducting career ahead of him.

an excellent job of putting [my piece, Alleluia] together [for premiere in December 2016].