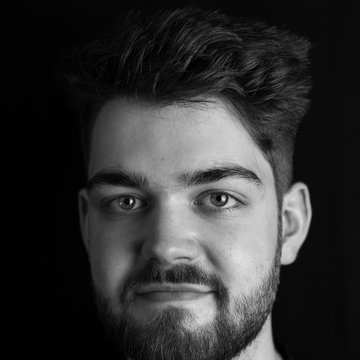 William Bracken, now nineteen years of age, was born into a musical family, and began learning piano at the age of four. In his second year at Wirral Grammar School he was accepted onto the Pianoman scholarship scheme, having regular lessons in London with concert pianist Richard Meyrick and attending residential courses at a variety of venues across England. In 2013 William became a student at the junior Royal Northern College of Music studying piano with Jonathan Middleton, for which he received a scholarship from the Associated Board of the Royal Schools of Music. He has played to internationally regarded pianists such as Gabrielle Baldocci, David Malusa, Simon Trpceski, Peter Donohoe and Joanna Macgregor. William has performed concertos by Beethoven, Prokofiev, Gershwin, Tchaikovsky and Saint-Seans with orchestras up and down the country; most notably he gave a performance of Rachmaninov’s 3rd piano concerto at Liverpool Philharmonic hall with the Crosby Symphony orchestra in July 2017 and performed a programme of Saint-Seäns 2nd concerto and Prokofiev’s 1st concerto with the Wirral Symphony orchestra in April 2018. Future plans include performance of Saint Seans piano concerto no 2 with the Woking Symphony Orchestra in March 2019. William was awarded two classical piano prizes and a jazz prize for his service to the JRNCM. He performs full solo recital programmes as frequently as he can at a variety of venues across the country. In summer 2016 William competed in the 15thinternational competition for young pianists in Ettlingen, Germany under 20s category as the only successful UK applicant. In September 2017 William commenced full time studies at Guildhall School of Music and Drama in London studying piano with Ronan O'Hora and Martin Roscoe and jazz piano with Barry Green. When not playing the piano William loves to socialise with his friends, play his 5 string bass guitar and his ever expanding collection of synthesisers and keyboards!

Verified
Hilary B, 2 years ago

Our evening was made by William's beautiful playing - he was very professional, lovely to talk to and would highly recommend him to anyone who wants to make their event truly special.

William's lunchtime piano recital set the Wesley's New Year series of concerts off to a scintillating start, much appreciated by a large and enthusiastic audience. He presented a varied and well balanced programme of works by Bach, Beethoven, Chopin and Rachmaninoff, combining technical mastery and great musical sensitivity throughout. Highlights included a mature and compelling interpretation of Beethoven's D major Sonata Op. 10 no. 3 and a brilliant performance of Chopin's Bflat minor Scherzo, in which William brought out both the intense drama of the work and its moments of haunting beauty. A very talented and promising young pianist!