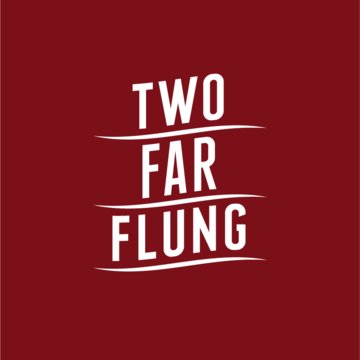 Two Far Flung is a music duo based in the UK, featuring Grace and Alan Murray. Al & Grace have been making music together for 4 years, with their vocal & instrumental styles ranging from traditional song to Americana, folk tunes to jazz standards and original compositions. The duo are featured in this year's Celtic Connections Festival On Campus, they were finalists in the Killin Music Festival Open Stage 2019, and have enjoyed being featured as guest artists at International Pop Overthrow Festival and SEALL Feis an Eilein (Skye Festival). They have played stages from Stornoway's An Lanntair to Liverpool's Cavern Club, as well as showcasing their talents in bars, acoustic nights and house concerts all over the UK.

Covers:
Accidentally In Love
All About You
All My Life
All Of Me
All The Roadrunning
Another Man's Shoes
Auld Lang Syne
Beautiful Day
Best Friend
Budapest
Caledonia
Cheap Thrills
Coco
Crazy Love
Cup Song
Dance With Me Tonight
Don’t Go Breaking My Heart
Don’t Know Why
Don't Stop
Dreams
Driftwood
Fields Of Gold
Fill My Little World
Free Fallin'
Gotta Have You
Ghost Town
Grow Old With Me
Had A Bad Day
Have I Told You Lately
Here There And Everywhere
Hey Jude
Hey Soul Sister
High
Hit Me Baby One More Time
Hold Back The River
Ho Hey
Hung The Moon
I Believe In Us
I Choose You
I Like You
I'm A Believer
I’m Gonna Be (500 Miles)
In The Morning
I Only Wanna Be With You
I Try
I Won't Back Down
I Won’t Give Up
I’m Yours
Johnson Boulevard
Jolene (Ray LaMontagne, and Dolly Parton)
Just The Way You Are (Billy Joel, and Bruno Mars)
Kiss Me
Laura
Loch Lomond
Love Her For A While
Love Song
Lucky (Britney Spears, and Jason Mraz with Colbie Caillat)
Lullaby Of Birdland
Meanwhile Back At Mama's
Misty
Money For Nothing
More Than Words
Mr Brightside
My Funny Valentine
My Girl
Oh My Sweet Carolina
Only You
Shallow
Shut Up And Dance
Side
Sittin' On The Dock Of The Bay
Songbird
Steady As She Goes
Stuck In A Moment You Can't Get Out Of
Such A Simple Thing
Sweet Caroline
Red Red Rose
Take It Easy
The Nearness Of You
There She Goes
Thinking Out Loud
Time After Time
To Make You Feel My Love
Trouble (Sam Outlaw, and Ray LaMontagne)
True Colours
When The Right One Comes Along
Where The Sky Is
Wherever I Go
Wildflowers
Wild Mountain Thyme (Blooming Heather)
Windows Are Rolled Down
You Are The Best Thing
You Can't Hurry Love
You Make Loving Fun
You Make My Dreams
You've Got A Friend
9 To 5

Hi Al and Grace, We just wanted to say thanks so much for playing at our wedding! You guys did a superb job and we loved the Orcadian Strip The Willow idea for our first dance, you were great at calling it and it was brilliant to see all our best friends and family up dancing with us. We all loved your fun mix of music too, you were very accommodating. We have the best memories from our very special day. Love Hannah and Pete 🙂

“I was won over when I heard their very first song.”

“Grace and Alan played a very special set at my parents’ wedding anniversary. Their music complimented the evening beautifully, and made a wonderful night unforgettable.”