(5.0)Read all reviews
Watch
Check availability and get a free quote now - no commitment to book
From£960
Watch & Listen
About
Reviews
Home page
Town of Cats
Like Town of Cats?
Watch & Listen
Watch
Listen
1-3 of 18 videos

About Town of Cats 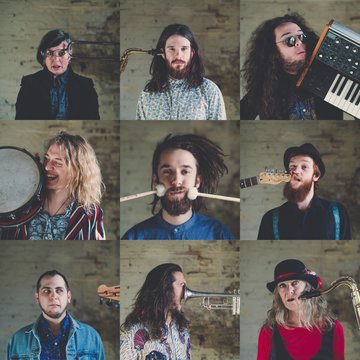 Afrobeat band
Brighton
Public liability insurance of None
Town Of Cats serve up Afrobeat, Ska with lashings of Latino and a side of Funk

Grabbed by their scruffs, thrown in a rough hessian sack and tossed in the lake shortly after birth by some farmer or other, Town of Cats shoulda been goners before they even got started. But attempted euthanasia’ll do funny things for friendships – that, and lack of oxygen. Rescued from the water’s numbing embrace by Ol’ Ma; Joe, Adam, Barney, Jake, Toby, Henry, Nick and Harry were shoved unceremoniously behind instruments, mewling and dripping. Ol’ Ma took up her trusty sax, and told them all to play up or pack it in. And play they did. Spun fucked-up fairy tales of their former lives and spat ‘em out over brassy hooks, skanking rhythms, hypnotic grooves and tantalising melodies… They sang starry-eyed of childhood wonders and lustily of life’s little highs. They yowled and hissed at the moon, longing for something bigger and brighter than beige southern towns and the work-drink-sleep-repeat monotony of reality. They twisted and stomped and yelled and blew and hammered, beasts possessed of the fiery, wild groove that spilled forth from their fingers and fangs. Can’t sing? They’ll make you. Can’t dance? They’ll make you. They are Town of Cats.

Excellent ! Town Of Cats are amazing and can't wait to have them back on one of our stages !