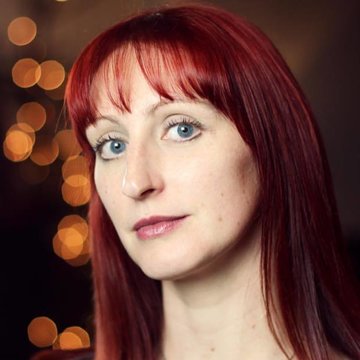 Tóra is a classical singer who enjoys performing in a variety of styles, from classical, opera, to jazz standards and beyond.
3 of 9 photos
Singer (soprano)
Stratford-upon-Avon

Tóra began singing as a child in local productions and choirs, before attending the prestigious Birmingham Conservatoire, graduating with a BMus(Hons) in Music and a Postgraduate specialising in Opera. She was privileged to continue her studies in Florence at the Istituto Europeo and was delighted to be awarded the Rae Woodland Scholarship for a Young Singer in 2007. She has enjoyed success in the Ashleyan Opera Prize, The Mario Lanza Prize, toured Italy and France with British Youth Opera, and was privileged to perform at the inauguration of the Second International Arts Festival in Treviso, Italy. As well as performing regularly with a variety of companies, including Silk Opera, Opera Delights and Operamus, and the Hinckley Opera Festival; Tóra has also appeared as an English song, Melodie, Opera and Oratorio soloist with numerous ensembles performing in venues around Europe and the UK. In December of 2009, she took the role of professional Chorus and Chorus Mentor in Graham Vick’s ground breaking production of Othello with Birmingham Opera Company, which was featured in the BBC’s Verdi Festival in February 2011. Tóra has recently been focusing on her career as a solo performer, enchanting audiences at recitals and corporate events with her diverse mix of opera, classical crossover and popular music. She has also written her own cabaret, which she is looking to perform around the UK, combining her appealing sense of humour with music that will have you humming all the way home.

Verified
Alex B, 2 years ago

Saw these 2 last night, very entertaining and energetic performance! I was having almost as much fun watching them as these ladies were having on stage! Great alternative act.

Just to say many thanks, it was a great night and everyone enjoyed the entertainment. We must have a repeat performance soon.

We hired Poperasops to entertain our guests at the Waitrose Drinks Festival. Their combination of beautiful opera classics and famous rock songs and theme tunes sung, in perfect Italian, in a comedy operatic style captured the audience's imagination - some laughing, others moved to tears. Their passionate performance created a buzz that helped our stand get recognition as one of the stand out hits of the festival. Can't recommend them highly enough.

I wanted to drop you a quick note to say a huge THANK YOU for coming to sing at our stand on Saturday…. You are AMAZING singers and it was so lovely to meet you. You are both clearly full of life and beautiful with it.

All in all a really wonderful evening of stunning music. I would certainly recommend Poperasops for any function anyone may be planning.

An incredible voice, chilling and emotional. Brings words to life. 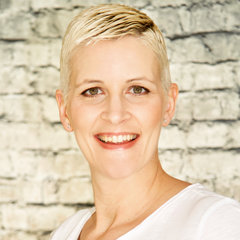 Tora and I regularly perform together as part of Poperasops and I enjoy every minute of our preparations and performances. She is professional, courteous and always well prepared. I am in awe of her comfort on stage and communication with the audience. She is musical and very ensemble aware which makes her a delight to perform with. She has a beautiful, natural instrument with a strong bottom register and a resonant top register, where notes are produced with ease- enough to turn most sopranos green with envy!