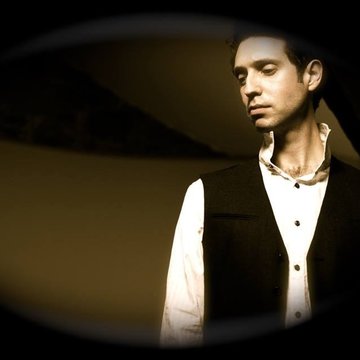 "I come from a family of musicians, My father a classical musician my two brothers guitarist and bassist. From that early age, I played every day. I started lessons with Sessioneer Simon Millest, who studied alongside Steve White (Paul Weller/the Who) with Bob Armstrong . I started playing pubs and clubs with my band at 15, moving onto festivals with Afro-Sokah Band 'Carramba' by the time I was 17. As well as the contemporary music, I also played with Chandos Symphony orchestra, and with the composer David Fanshaw on his composition 'African Sanctus'. I co-wrote a musical at 18 and began working with electronics, dance and drum & bass. Worked on musicals, Hair and Cabaret." "On relocating to Newcastle in 1998 to study, I began working in the studio, recording and engineering whilst gigging with several projects. I continued pushing myself forward, studying many books and enrolled in several masterclasses. Before completion of my degree, I had already succesfuly auditioned for the Academy of Contemporary Music in Guildford." "Here, I began moving forward quickly. Studying with Mike Sturgis (Ah-ha, Rhythm) and Pete Riley (Republica, Rhythm). I worked alongside Mark Richardson (Feeder) and Ace (Skunk Anancie). Culminating in eventually playing live on stage with Chad Smith (Red hot chili peppers)." "On graduation I took the place of Reuben's Guy Davis in the Band 'The Gift'. Re-naming it 'Cabbalah' we began touring the London Circuits. On completion of our first EP, we began attracting interest from Motown producer John Mills (Diana Ross, Eagles, etc.) who worked with us for the next two years. Gaining a good reputation, I worked with several other very talented outfits. The more I played, the more I got approached by people asking wether I gave lessons. I began teaching in 2001." "I'm now playing more than ever. My main projects include - Function band I Love Amp, Wedding band Up For Grabs, with the likes of Stuart Clayton (Carl Palmer's Touring Bass Player) & Chili Peppers band 'The Funky Munks'. I have a busy teaching schedule, and endeavour to keep availability for studio & live session work throughout the UK and Europe. More recent ventures have taken me to recording an album and touring with the outstanding band - Longview and working on library music Sessions for Extreme (sony)" "Awesome" - Chad Smith (red hot chili peppers)

Fantastic! I lOVE AMP got everyone dancing!

We've been following I love Amp as we loved their style as a potential wedding band, when we saw them at the Tavistock Wharf - it was amazing! Such a fun show, great ambiance, and lots of talent! We're so excited to see them play at our wedding now!

Wow! Recommend to us for our staff party in Bournemouth! Did they ever get the party started! Real good genre of music to suit all tastes and ages! They had everyone on the dance floor! Would definitely recommend. Thanks guys, looking forward to seeing you next year!

I Love Amp played at our wedding and they were incredible. The dance floor was full for the entirety of their sets, and it really was an amazing energetic end to our special day. Would recommend to anyone and everyone - worth every penny!

This is the best live band I’ve ever heard at an event! I hired these guys for my partners 40th birthday. We loved them so much we also booked them for our wedding! Kat is such an energetic charismatic performer and the band have such a unique sound. They got even the most reluctant people dancing. Definitely recommend them!

We hired I Love Amp for our wedding reception & they really made the party! Great comms with Tim the drummer in the lead up to the event ensured everything ran smoothly on the night. The sets consisted of a number of funk/soul classics plus some more up-to-date pop tunes - perfect for a wedding party. It's always a good sign when the dancefloor is rammed & it was for the duration of the sets. Thanks guys & I will be strongly recommending you to others!

I Love Amp played our wedding in October in Clovelly, and were phenomenal! They played a massive range of music, our favourite of which was a medley at the end which was an amazing rock fusion of everything from 'Rolling' to 'Killing in the Name'. The whole place went off. So many people came to us saying that they were amazing, and he dancfloor was full from the moment they started. They also did an acoustic duo in the afternoon which was in the background, but just gorgeous. Fab day, and I Love Amp really were the cherry on the cake. Can't thank the guys enough!