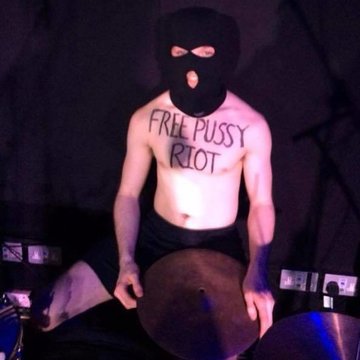 Thom is a drummer from South Wales. Playing in the college function band, Thom began developing his skills as drummer through learning various musical genres including Latin, Funk, Jazz and Pop. He moved to Leeds in 2014 to further his Music studies at Leeds College Of Music where he later graduated with a First Class Honours. Thom is currently keeping himself busy with 3 original bands. The genres cover various strands of Rock music including Metal, Punk and Alternative Rock. Each of the bands are gigging mainly around West Yorkshire but are branching out to nearby cities such as Manchester, Sheffield and Liverpool. Thom is often involved in various session work and has recently been gigging in Austria with a function band.

Performance details
I can perform outdoors
I have a car I can use to travel to gigs
Encore awards
4th Encoreversary
Musicianship
Genres:
Folk, Pop, Rock
See all genres
Instruments:
Drums
See all instruments
Event types:
Wedding
See all event types
Other skills:
Instrumental teaching, Fluent sight-reader
See all skills

Thom helped us out in October to record one of new tracks. He was superb and really professional. We had to work to a short turnaround time, but Thom took to the challenge and aced the recording!

We had a brilliant band play at my birthday party. The band were awesome and had everyone dancing all night!!