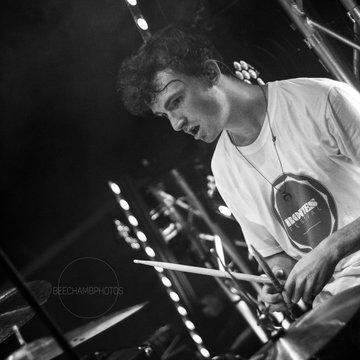 Drums make everything better, and I'm a drummer :)

I first picked up a pair of sticks aged three and have been tub-thumping ever since. I have played in many bands and ensembles, starting with the Elland Silver Youth band aged 6, in which we won the European Brass Band Championships in 2017, and the same year, performing as part of the MFY festival at the Royal Albert Hall. I also play in my own band named "Regiment" where we play regular gigs all across the country, including recently at the Wychwood Festival at Cheltenham Racecourse. Also, I have had the opportunity of playing along side Alex Tracey (singer songwriter) and George Wooley (barri-sax soloist) on his new EP. At the moment, I am also playing countrywide shows with KoRn tribute band "KoRn FaKes". Just recently, I completed my two year course at Leeds College of music where I did a Level 3 Extended Diploma In Jazz Percussion. In my spare time, I teach 7 students ranging from 10-17 years of age and have been doing so for the past 5 years!

Standard Prices
All prices include:A full (appropriate) drum setup, on time arrival and performance, any song(s) of your choice.

Theo is a great drummer. When I worked with him, in our gig at the Clotherworkers in April, we asked him to provide us with a drumming backing track for our arrangement of Bohemian Rhapsody, Habanera and Hysteria. He picked up the relevant patterns and grooves very quickly and he could successfully and effectively change dynamics depending upon how loud the rest of the ensemble played. He is a skilled young man and a pleasure to work with. He likes to have fun but will put his head down to the work when he needs to.

I invited Theo to a very last minute gig in Wakefield with a function band. We played over 40 songs that Theo had learned to a great standard in under 24 hours. He is a great person to play along side with, and always works in an efficient and professional manner.

Verified
Mattie B, 2 years ago

Theo Fieldhouse filled in for my KoRn tribute band and is an absolute professional and a pleasure to work with. He picked up the more complex parts with ease and learned everything in a very short amount of time. Excellent drummer and a great guy