The Whistler & The Piper 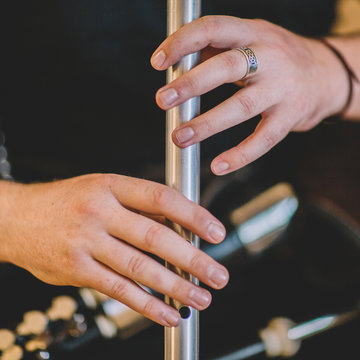 About The Whistler & The Piper

Celtic duo playing traditional folk or instrumental covers on the uilleann pipes and whistles - a must-have for all ceremonies and events!
3 of 6 photos
Celtic folk band
London
Public liability insurance of £10 million

The Whistler and Piper are Tad Sargent and Dominic Henderson who have formed a new duo to showcase the traditional Irish music that they have grown up playing and spent their career refining. Capturing the ancient and haunting sounds of the uilleann pipes and tin whistle, Tad and Dominic can emulate many of their influences such as Liam O’Flynn, Clannad, The Chieftains and Enya, to provide any event with the echoes of Celtic lullabies, Irish airs and graceful tunes. Tad and Dominic have frequently travelled globally playing for various artists, theatre troops, as well as working together on projects and individually as session musicians. They can perform as an acoustic duo for ceremonies and events, but also can transform into a high-octane, larger-than-life, stage act with their highly sought after function band "Celtic Smash Brothers".

Traditional Airs and Ballads:
- Sí bheag sí mhor
- Mna na hEireann (Women of Ireland)
- Danny Boy
- The Lonesome Boatman
- Carrickfergus
- The Sally Gardens
- The Lord of Mayo
- Táimse i'm Chodlagh (I am asleep)
- Give Me Your Hand
- Amazing Grace
- Flowers of the Forest
- My Lagan Love
- Fairytale of New York
- She Moved Through the Fair
- The Rare Ould Times
- Raglan Road
- The Mountains of Mourne
- Boolavogue
- Skibbereen
- The Cliffs of Dooneen
- Peggy Gordon
- The Town I Loved So Well
- The Wounded Hussar
- By the River of Gems
- Port na bPúcaí (Music of the Spirits)
- Oró Sé do Bheatha 'Bhaile
- Grace
- Only Our Rivers Run Free
- Missing You
- Ride On
We also play a selection of Jigs and Reels
We are happy to take requests as well!
Customer questions

We primarily perform as a duo, but we can bring in musicians that we work alongside with on a regular basis in order to complete the atmosphere you're looking for. Such as a violin player, a singer, etc.

We always try our best to be flexible - we know how often big events come with complications and issues, so we want to accommodate as much as we can. If any changes occur just let us know as soon as possible.

Normally we can set up 30 minutes before the performance time, but we would strongly recommend an hour.

Not during a ceremony, but a common add-on to the services we provide are roaming sets during drinks receptions.

Our setlist is made up of the most frequent requests we get at ceremonies and events, and we would be more than happy for you to suggest some of the songs from it.

Yes. Apart from the PA system which is an extra £125

Absolutely. What isn't included in our setlist can be learned by us before your event. We can learn traditional ballads, songs and even instrumental versions of modern hits. There will be an additional fee of £50 to take into account for rehearsal times.

G
Gary L
3 years ago, for a Birthday party in Shaftesbury Ave

Fantastic stuff lads! Thank you so much for playing at my birthday party at the Apollo Theatre. It was a perfect mix of Irish songs and contemporary songs. Especially loved the Dire Straits one! Many many thanks! Gary x

SD
Sarah D
3 years ago, for a Wedding in Henley-on-Thames RG9