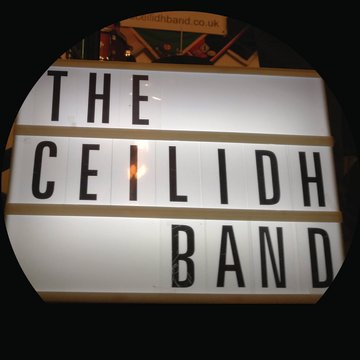 About The Ceilidh Band

We are a five piece ceilidh band who play lively traditional tunes for all festive occasions. We work with our caller, Jono, for most gigs.
3 of 11 photos
Ceilidh band
Birmingham
Public liability insurance of £5 million
Verified profile

Having played lots together in a variety of Morris and Folk settings "the ceilidh band" was officially formed in Autumn 2013 to play for a wedding. Early 2014 saw Steve "Fiddler" a nasty knee injury, surgery, learning how to walk again and not much on the musical front. We came together again at the start of 2015 and were joined by Nigel on Bass. We Honed our repertoire during that year and launched ourselves in February 2016 with a benefit ceilidh for MoxAfrica - a charity working with TB sufferers in Uganda and South Africa. We raised over £1200 for them. Since then we have continued to perform regularly and constantly improve our repertoire giving our caller, Jono, plenty of scope for different dances. We come insured and fully equipped for your festive occasion.

They have been impressed with our musicianship and the way that our callers have engaged the audience.

I guess Fairport Convention, The Albion Band, Hekety and other bands of this ilk.

I would say a gig for SSAGO in 2019 which had a group of about 250 students dancing in a big ceilidh.

We don't do any covers I'm afraid.

We usually perform as a 5 piece band plus a caller however we can provide a ceilidh band of between 4 and 6 musicians.

We pride ourselves on being easy to work with and we can often accommodate some changes to a planned schedule.

I usually have an iPod with a play list that I can put on before we play, during any interval or for part of the time whilst we pack down the gear after the performance.

We have quite a large PA so we like to have at least 1.5 hours to set up the equipment and stage once we have all our gear in the room.

We provide a caller as part of our show.

We normally play what our caller suggests based on the type of audience and the dance experience they have.

All the equipment including the PA and stage lighting is included in our quote.

Standard Prices
6 musicians
All prices include:Our fees cover all our costs as a self contained ceilidh band. We have our own PA.

Never been on a barn dancing event before, but I had such a great time on The Ceilidh Band night in The Bear Tavern, that I am definitely going to do it again. I would even go further and say that I cannot wait to do it again! It doesn’t matter if you’re going on your own, or as a couple, if you a great dancer or have no experience - you’ll still have plenty of fun and laughter (and achy feet the next day, if you not use to do any exercise like me ;), so if you haven’t tried it yet, I would recommend to get ready your most comfortable shoes next time The Ceilidh Band is in the neighborhood!

Verified
Robert B, 2 years ago

A friend of mine attended the UoB Cathsoc Ceilidh event ran this year and recommended your group to me... I'm planning a surprise 21st bday party...

We booked THE Ceilidh Band for a ceilidh which made up part of our one day folk festival. I have to say it was the highlight of the event! They were so easy to work with and were so wonderfully organised, it made everything so much easier. The set was fantastic (as expected having attended their ceilidhs on other occasions) and it was such an enjoyable evening.

The Music provided by The Ceilidh Band at my wedding contributed to what was a special and memorable day. Thank you!

Dance Report from The Moxafrica Benefit Ceilidh - Birmingham Strip the willow, left hand star and swing your partner were all phrases to be heard during the Moxafrica Benefit ceilidh in Birmingham on Saturday February 13th. Plans had been afoot for quite some time and in the week before the maximum number of tickets sold out. One of the charity’s co-founders, Merlin Young, was on hand to assist during the evening having had box office responsibilities along with his wife and charity treasurer, Jo, in the run up to the event. Having just returned from Uganda, where he had been in receipt of some very positive data from a randomised controlled trial which had just been done to test the efficacy of the organisation’s work, Merlin had brought a few exotic items which were included as prizes in the fund raising raffle held during a break in the dancing. A morris dance display from The Jockey Men’s Morris Club kept people entertained during the interval whilst everyone had a breather. Music was played by “the ceilidh band,” a Birmingham based group, and their caller for the evening Jonathan Cole. When proceeds from ticket sales and various fund raising activity during the night was all tallied up an amount in excess of £1200 was raised to support Moxafrica’s work with TB sufferers in Uganda and South Africa. Smiles all round but maybe a few sore feet the morning after. A big thank you - “webaale nnyuu” as they say in Uganda - to all who supported this event.