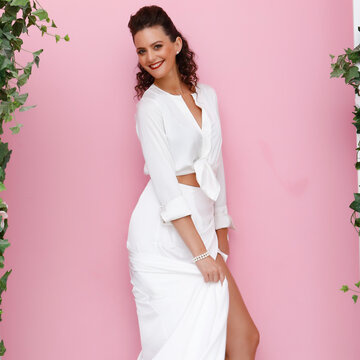 Watch & Listen
About Andrea
Song list
Prices
Reviews
Home page
Andrea Dee
Like Andrea?
Watch & Listen
Watch
Listen
1-3 of 18 videos
Acoustic Cover Promo video
Here is the best video of 2018 so far what is your favorite?
That's what I like cover Bruno Mars

I'm an experienced singer-entertainer. From Paris to Las Vegas, New York and now London. I have been performing for over 10 years.
3 of 9 photos
Singer
London

Andrea Dee is a singer, songwriter, composer, originally from Paris, France. Starting her career (her first job) as a performer in one of Las Vegas most glamorous production "Jubilee" at the Bally's hotel & casino, she then moved to New York City at the age of 18 years old with her guitar and the goal of pursuing a musical career. Recording with various producers, she began her collaboration with producer Aaron Knight. releasing her first single “What About Love" in 2010. In 2012 she co-founded and became the lead vocalist and songwriter of the indie electronic band Frealane. Releasing their first EP ”Never Too Late” in 2013 they self booked their tour across Europe and the US, performing in more than 6 different countries. Frealane is currently recording their new album "Learn" following an early 2015 release of their single "Heartache" , and there is a lot more to come. Andrea continues her songwriting and collaboration with various artists, and performers all across the globe, spreading her wings and exploring whatever comes her way maintaining a musical excellence that has made her a true hit maker.

Andrea's performance blew my mind away! She captures my attention with her voice and kept me wanting more as she took over the stage with her big presence and french touch!

Loosen your tie, unbutton your shirt and leave your high heels at home. Andrea, lifted the crowd at the Century Club with her original brand of indie power pop. Alongside catchy pop, she mixed in a beautiful French ballad and electro-indie whilst wandering into and interacting with the attentive audience. And out of character with the exclusive members club, Andrea managed to get the crowd dancing and singing along with her finale before being given a rapturous sending off.

This is an artist I can't compare to any other. A beautiful voice, and person, she made my event very special.