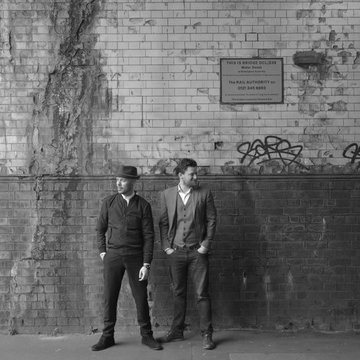 About The Dee Tees

The Dee Tees are a dynamic acoustic duo from Birmingham, specialising in performing at weddings, corporate events and party's across the UK
3 of 6 photos
Acoustic duo
Birmingham
Public liability insurance of £5 million
Verified profile

David Taylor or (DT) as he is known is regarded in the industry as one of the most versatile vocalists from the Birmingham area. He has a reputation as a vocal powerhouse, Specialising in the genres Soul, rock and pop. David has worked with some of the most in demand session musicians and songwriters in the country and performs regularly with the legendary solid soul band and Up For The Downstroke. David is also a highly respected session recording artist and award winning songwriter, and has worked with record company's such as Sony, Universal and EMI, along with music management companys that work alongside artists such as Aretha Franklin and Justin Timberlake. "Dave Taylor's voice is simply stunning. Great range and Soulfulness with plenty of Grit and power. I hope we get to do something again in the future as I'm a big fan. " Karl Brazil. session drummer Robbie Williams-feeder-James blunt, James Morrison, Ed Sheeran. "If you are looking for an incredibly talented vocalist (and/or songwriter), with style and range, then look no further because you’ve found your man." Adam L. Kaplan, Esq. - Entertainment Attorney/Artist Management (Britney Spears, Justin Timberlake, Aretha Franklin, Nikki Cleary, EPMD, DAS EFX, Rakim, Keith Murray, DMX, Ghost Face Killah, Trans Continental Records, Blackground Records) Dan has been performing as a professional musician for over 10 years. During this time, he has been lucky enough to performing at some of the countries biggest events across many wonderful venues. Highlights include performing at the BBC, Wembley Stadium & Glastonbury Festival to name only a few. Dan is a skilled guitarist and pianist and regularly switches between the two instruments when performing with The Dee Tees. He has honed his skills as a performer, taking influences from a wide range of genres and artists from The Beatles to Ray Charles, to modern pop icons like Justin Timberlake and Bruno Mars.

Performance details
We can perform outdoors
We have vehicles we can use to travel to gigs
We require car parking close to venues
Our equipment is PAT tested
We own a PA system
Encore awards
3rd Encoreversary
Musicianship
Genres:
Acoustic, Pop, Funk, Motown, R&B, Soul
See all genres
Types:
Acoustic duo, Pop duo
See all types
Event types:
Wedding
See all event types

Wow! The Dee Tees were phenomenal. Everybody has been asking us about you guys and how did we find you. Thanks so much for playing at our drinks reception. We would recommend to everyone and would love to book you again! Thanks so much. Mr and Mrs Fair - 01/09/2017 xx

Dave Taylor's voice is simply stunning. Great range and Soulfulness with plenty of Grit and power. I hope we get to do something again in the future as I'm a big fan.

If you are looking for an incredibly talented vocalist (and/or songwriter), with style and range, then look no further because you’ve found your man.