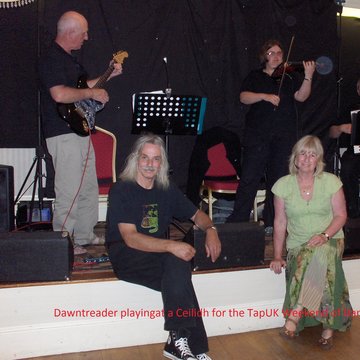 About The Dawntreader Ceilidh Band

just wanted to say thank you so much to you and the rest of the band for making our wedding so much fun, lots of our guests had never been to a ceilidh before and they absolutely loved it! Many Thanks again, Tammy and Owen.

That was brilliant. Thank you so much. Everyone said it was the best time they had all weekend. We will all be recommending you to everyone we know. You guys were superb and generated such a good atmosphere - old and young alike had an evening to remember."

Thank you very much for making our Burns night birthday party such a success.We have had lots of compliments about the party, music and dancing. I cannot remember enjoying a birthday party as much for decades. Apologies for the Sassenach Address!"