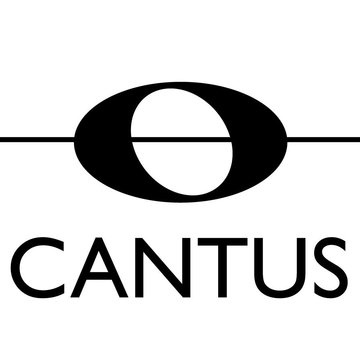 About The Cantus Ensemble

Having partnered with Classic FM, Capital Radio, ITV, The Ned, Fulham Football Club, Grosvenor Group, the Cellar Society, and the InterContinental London at the O2, as well as over fifty weddings and assorted carolling events, Cantus is the go to choir for minimal fuss, maximum flexibility and competitive rates that will delight you and your guests. Acclaimed as one of London’s leading chamber choirs, The Cantus Ensemble continues to delight audiences from across the capital and beyond with its passionate, precise and gripping performances of works large and small from across the choral spectrum. Founded by Dominic Brennan in 2011, the choir has built a reputation for innovative and immersive programming, breaking down barriers with audiences and championing emerging choral composers. Recorded by the Decca label on Rebecca Dale’s debut album Requiem for my Mother / When Music Sounds, the choir has featured on radio; on BBC Radio 3, Classic FM, Scala Radio; on TV on ITV’s Live at the Palladium and in worldwide ad campaigns for brands including Dassault Systèmes. The choir is proud to have built up strong relationships with groups including Global Radio, The Ned and the Royal Philharmonic Orchestra. Made up of the cream of the capital’s most talented singing accountants, teachers, doctors and Fine Wine merchants, to name but a few professions, Cantus’ diverse membership is its best asset, driving performances that always feel intimate, no matter the grandeur of the venue. The choir has toured Rome, Budapest, Vienna, Barcelona, Ljubljana, Lisbon and Kraków, and performed at Cathedrals and Basilicas across Europe, as well as at London’s Royal Festival Hall and Royal Albert Hall. The choir has given acclaimed performances of some of the most challenging repertoire in the choral canon, including Poulenc’s Figure Humaine, Strauss’ Deutsche Motette, Caroline Shaw’s Partita for 8 voices and Joby Talbot’s Path of Miracles, alongside a wide array of vocal music ranging from sixteenth-century polyphony to world and European premieres of new music by leading contemporary composers.

Fairytale of New York - the Pogues
Driving home for Christmas - Chris Rea
Last Christmas - Wham
Have yourself a merry little Christmas
White Christmas - Irving Berlin
Sleigh Ride
Kings of Orient
O Come, all ye Faithful
In the Bleak Midwinter
Once in Royal David's City
O Little Town of Bethlehem
Hark! The Herald angels sing
Ding dong merrily on high
And many, many more!
The Holly and the Ivy
While Shepherd Watched their flocks by night
Jingle Bells
Rudolph the red-nosed reindeer
Santa Baby
All I want for Christmas is you
Merry Christmas Everyone
Merry Xmas (war is over)
Lux Aurumque
O Magnum Mysterium
The 12 days of Christmas
Customer questions

Yes, we're entirely flexible and can go from 4 singers up to 40. Our usual line up for carol singing is 10 singers (SSSAATTBBB).

We aim to be as flexible as possible and will always work to make your event fantastic, however the timings change.

We come without the need for any accompaniment or any amplification, so this isn't something we do, we're afraid!

We can turn up and go - whatever the space and time limitations, we can deliver wonderful carol singing.

Absolutely - we've done this at the British Gallery before, and various carolling events

You're very welcome to ask for specific carols, but we've now fine-tuned (over 10 years!) a list that perfectly captures traditional and modern, fast and slow etc - we think you'll love it: all of our many other bookers and their guests have!

We have an arranging service for pieces you'd like which is £150 per new piece.

We're an exciting, young choir and we pride ourselves on our professionalism and musicality. We exceed every expectation of carol singers one could have: the arrangements are all in full, multi-part harmony and we have lots of modern arrangements that are sensitively sung. Ultimately, we deliver Christmas through music & thats why so many brands ask us back!

Two sold out houses in one day at the Royal Albert Hall (twice!) with the Royal Philharmonic Orchestra - singing music from Hollywood films. We're trusted by the very best in the business.

All prices include:Our prices are just guidelines and we look forward to discussing your needs and budget with you.
Packages
Carol singing8 musicians
Our rates and what we offer are flexible and we're always happy to discuss with your needs. For eight singers and a director we can provide carols for up to an hour with a mix of traditional carols and descants plus outstanding arrangements of more modern hits like "Last Christmas", "Fairytale of New York" and "Have yourself a merry little Christmas"
£800

The best carol singers we've ever hand - thank you for being so easy to work with and for making such an incredible sound!