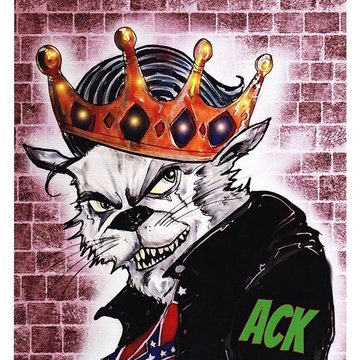 About The Alley-Cat Kings

3 of 16 photos
Plymouth
After a few changes in line-up and changing the image we decided to leave the rockabilly scene behind and decided to move into Punkabilly.

As of march 2014 the line up was changed to DJ on vocals and lead guitarist, Tom on rhythm guitar, Natasha on double bass and Muddy on drums. After changing the guitarist a few times and changing the image we decided to leave the rockabilly scene behind and decided to make the move into the Punkabilly genre. With our new guitarist and new stage presence, we will rock your socks off. DJ Davies (Rhythm Guitar & Lead Vocals): Founder of the band, DJ started playing guitar at the age of 18 and learnt double bass at 21. Former bassist for the Alley-Cat Kings decided to move to guitar in 2014 when he saw the band wasn't moving forward with the original member so he found the current players and kicked everyone into gear to get people ready to gig as soon as possible. Now as a well experienced guitarist he's keeping the chugging going on rhythm guitar as well as writing new songs for all the lovely listeners. Tiny Tash (Double Bass & Vocals): Tash started learning bass guitar at the age of 13 back in Spain playing mostly rock and pop punk covers in her band. Once back in the UK she got her hands on a double bass that changed her life completely. Now bringing back the rock and pop punk playing into the Alley-Cat Kings she is the best female double bass player in the south west (according to reverbnation). Sean "Mudman" Less (Drums): Muddy has been playing best part of 30 years with many different bands ranging from ska to psychobilly to rock. Now keeping us all in time with his banging and bashing of cymbals, he makes use he can be heard from behind all of us. Martin Wattinger (Blues Harp & Vocals): To be added. Morv Brown (Lead Guitar): To be added.