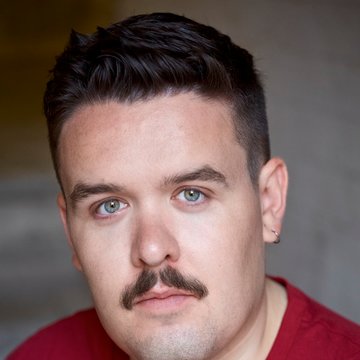 Check availability and get a free quote now - no commitment to book
From£200
Watch & Listen
About Ted
Home page
Ted Black
Like Ted?
Watch & Listen
1-2 of 2 videos

3 of 3 photos
Singer (tenor)
London
Verified profile
Tenor, studying at the Royal Conservatoire of Scotland, under the tutelage of Professor Stephen Robertson.

Born and raised in London, tenor Ted Black began his studies as a pianist and 'cellist, before taking up singing. He is currently in his first year of postgraduate study at the Royal College of Music, under the tutelage Alison Wells and Caroline Dowdle, having graduated with first class honours from the Royal Conservatoire of Scotland. Ted’s operatic experience includes Scaramuccio (Ariadne auf Naxos), L’aumônier (Dialogues des Carmélites), and Hylas (Les Troyens), as well as chorus at Opera North, Scottish Opera, and at the RCS. His extensive concert work has included Bernstein’s Chichester Psalms at the Edinburgh International Festival, with Marin Alsop and the São Paulo Symphony Orchestra, as well as the semi-chorus of Elgar’s The Apostles. His oratorio work has included performances at St Martin-in-the-Fields in London, Manchester’s Bridgewater Hall, the Usher Hall in Edinburgh, the Glasgow Royal Concert Hall, and Glasgow's City Halls. Ted has a special passion for French Mélodies, especially the works of Debussy and Henri Dutilleux, and he will be performing a recital of 20th century French music with renowned vocal coach and his duo partner, Julia Lynch, as part of the 2018 Edinburgh Festival Fringe. Also a versatile and experienced choral singer, Ted has for the past four years been employed as a choral scholar at Glasgow Cathedral, and was a member of the 2017-18 Genesis Sixteen ensemble, the prestigious young artist programme provided by The Sixteen. Ted is a keen advocate for contemporary music, appearing on the première recording of Sally Beamish’s Highland Haiku, and recently appeared on the first recording of Graham Hair’s new piece, Lament for Hagia Sophia, as well as the world première of Juta Pranulyté’s Four Miracles of Saint Mungo. While at RCS, he enjoyed successes in numerous competitions, recently winning first place in the Governors’ Recital Prizes for both singing and chamber music, and the Jean Highgate Scholarship for Singing. He was also awarded second place in the inaugural Leonie Kayser Prize for Singing, and represented the RCS at the Kathleen Ferrier Bursary Competition in 2015.