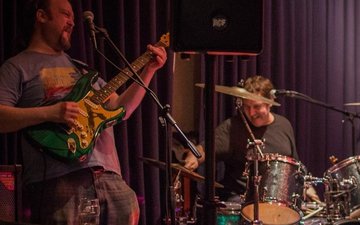 Many other songs available including this sample : You Do Something To Me
Walk On The Wild Side
Can’t Always Get what you Want
Substitute
You really got me
Keep on running
Israelites
20th Century Boy
Sympathy for the devil
Hard to Handle
Comfortably Numb (Tim)
Get your Rocks off
Sharp Dressed Man (Tim)
Dancing in the street
honky Tonk Woman
Dakota
Another Brick In The Wall
Don’t you forget about me
Gimme Some Lovin
Gimme All Your Lovin’ (Tim)
Dance the night away mavericks ?
Respect erasure
Start me up
Rebel Rebel
Cupid
Get It On / Cigarettes & Alcohol
Valerie key C?
Brown Eyed Girl (Medley
Celebration
Long Train Running
Stand by Me
Bad Moon Rising Proud Mary
Saw Her standing There
Midnite hour

Thanks so much for much for rocking the socks off our guest & making our wedding so perfect! Kim & David July 2016

Jim and I loved the way the band played some of our favourite classic covers from such a broad spectrum with such great skill and professionalism. Thanks again for making our anniversary party the best ever! Susan & Jim