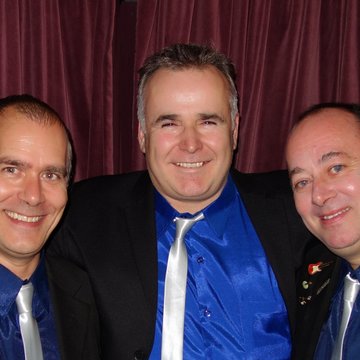 Originally from Apacheshowband formed in Nov 1983. Switched on consist of two brothers Alan and John with school friend Huw. These guys have clocked up over 30 years in the business, and are locally known as the longest running local group with all original members. Fully professional for over 20 years and working along side some of the biggest names in the industry, Switched on have also worked for some of the biggest corporations around. Bourne leasure. Butlins. Pontins. British holidays. P&O. Stena line. Brittany ferries. The guys specialise in 50`s and 60`s Rock n Roll and are internationally known for their incredible closeness to the sounds of The Shadows. Featuring guitarist Alan Harry, who is also locally known as one of Kents finest players. Satisfaction and professionalism are both guaranteed. Please feel free to message the boys for further details.

Private B, 3 years ago

Outstanding performance. Many thanks.

He sure can play that guitar.