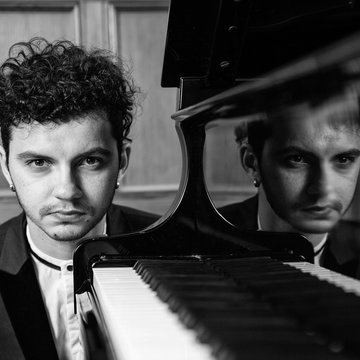 Music is all around us and all we have to do is listen! I love sharing my extravagant ideas about classical, contemporary and jazz music!
Pianist
London
Public liability insurance of £10 million
Verified profile

Pianist Svetoslav Todorov is a Master of Piano Performance with Distinction from the Royal College of Music, London studying with Dina Parakhina (classical piano) and Mike Moran (jazz piano), supported by the Bucher Frazer Scholarship. He was born into a musical family and began his studies at the Dobri Hristov National Music School, Varna and Pancho Vladigerov National Academy of Music in Bulgaria. He then went on to the University of Edinburgh studying with Peter Evans and Steven Osborne, where he received a Bachelor of Music. Whilst there, Svetoslav was the winner of the Tovey Memorial Prize 2012 for best promising performance, making him the second first-year student ever to win it and one of the only pianists. For his final recital there he got the highest mark for performance. Svetoslav has also been a recipient of many other awards including the Edinburgh Award, Edinburgh Festival Competition Concerto Final Winner, and Grand Prix in Moscow. He was selected as one of the top recipients for the 2014 Award for Young Concert Artists. Svetoslav has received coaching from musicians including Dmitry Bashkirov, Natalia Troull, Dmitry Alexeev, Peter Hill, Pascal Nemirovski, Fulvio Turissini, Chantal Stigliani. Svetoslav has performed recitals across Europe in venues such as the Gaveau Hall in Paris and Moscow’s Rachmaninov Hall. In February 2014 he was invited to perform for HRH The Princess Royal in the Palace of Holyrood in Edinburgh. Svetoslav made his concerto debut with the Varna and Shumen Philharmonic orchestras in Bulgaria. He has also performed Gershwin’s Concerto in F with the Meadows Chamber Orchestra and the Grieg’s A minor Concerto with the Edinburgh Charity Orchestra. He was invited to play a series of concerts with the Artisan Trio in Edinburgh, presenting works by the BBC Proms composer Shiori Usui. They recorded the soundtrack for the Canadian Film Frameworks composed by Nigel Osborne, which later won the 31st International Festival of Films on Art (FIFA) Award 2013 and best Canadian Film, Montreal. Svetoslav took part with a performance in the Edinburgh International Festival 2015 at the Queen’s Hall. He was the 2015 First Prize Soloist Winner of the 9th International Kyushu J.S.Bach Competition in Fukuoka, Japan. He has given concerts in London in the Bulgarian Embassy, Royal Festival Hall and has performed for world musicians such as Steve Reich. From August 2016 Svetoslav was selected to represent the Royal College of Music in the Manhattan School of Music, New York City, where he studied with Alexander Moutouzkine. In February 2017 he gave his debut solo recital at the Royal Albert Hall and he is giving his Carnegie Hall debut concert in New York 2018. The Royal Opera House Leader Vasko Vassilev describes him as ‘a very good pianist’, and Nigel Kennedy as ‘marvellous’.

I cannot tell you enough how much we all enjoyed your recital. You are a very talented musician and you engaged your audience from the first note!

I was so impressed with your work last night at the Royal Festival Hall. You clearly enjoyed the moment very much. It was extremely exciting and I am delighted you worked so hard, bravo!!!