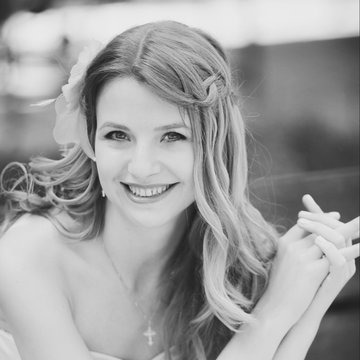 Svetlana Mochalova started to play cello at the age of five studying with her mother Tatiana Tumaeva and Alexander Pokrovsky. The following year she joined a specialist music school in Voronezh, Russia. At the age of eight she started competing in national and international competitions and aged 11 made her debut with Voronezh Symphony Orchestra, followed by a performance of Saint-Saëns Cello Concerto in Voronezh Town Hall a year later. Regular performances with various orchestras in Russia and the UK have followed ever since. In 2001 Svetlana received a full scholarship to study at The Purcell School, under Natalia Pavlutskaya. A scholarship to the Royal Northern College of Music saw her studying with Hannah Roberts from 2006, and Svetlana graduated with first class honours prior to completing a Master of Music in Solo Performance with distinction. Svetlana participated in a number of festivals and summer courses among them: Piatigorsky International Cello Festival in Los Angeles, International Kronberg Academy Cello Masterclasses, London Masterclasses and Manchester International Cello Festival. She has taken part in masterclasses with Ralph Kirshbaum, Heinrich Schiff, Garry Hoffman, Lynn Harrell, Mstislav Rostropovich, Miklós Perényi, Raphael Wallfisch, Karine Georgian and Giovanni Sollima.

Beautiful recital and captivating to watch you two perform together

Beautiful recital and captivating to watch you two perform together