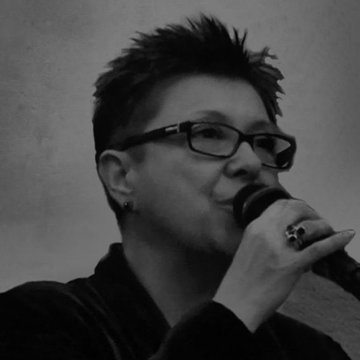 I dont work solo, so please see the "Smooth Duo" profile, thanks. We play cool, classy, Standards with a hint of jazz.
3 of 11 photos
Singer (Alto)
Mansfield
Public liability insurance of £10 million

Although not a Tribute Act or stage show we are often compared to the acts from the Ronnie Scott's era - Cleo & Johnny, Ella etc. And we play timeless classic songs that have melody and meaning. We have opened for many ‘name’ acts, including The Osmond Brothers, Ken Dodd, Russell Watson, Billy Ocean, Lulu, the National Symphony Orchestra, The Royal Philharmonic Orchestra, Lance Ellington and Paul Potts. We played live at the Granada TV studios for the cast and crew of Coronation Street after the iconic live 50th Anniversary episode and also for the cast and crew of Emmerdale.

We can tailor our timings to fit your timetable within reason. We usually play 2 x 45 mins. But we can play a long set without a break or shorter sets - we are open to discussions.

We always bring an Mp3 player with background music to play before we start and during breaks. As soon as we have set up and soundchecked we can play the MP3.

Approx 90mins - depends on how far the performance area is from the entrance to the venue and whether there are stairs/fire escapes to negotiate etc.

We specialise in easy listening music with a hint of jazz and this works best during drinks reception/meet n greet situations, during dinner/buffets etc. We have worked hard to create a set list of songs which are tried and tested to work in those situations. However we are happy to discuss with you what you require for your event.

We are self contained. All we need are a couple of plug sockets and a place to store instrument cases /bags. We are happy to get changed into stage clothes in the loo.

Most customers are happy to let us play our tried and tested setlist. We can consider a suggested song but there may be an extra charge to take into account rehearsal times etc.

Our music is soft and smooth which means they can hear themselves chat.

Smooth duo are a fantastic band with a great sound, suitable for many different types of occasion. They entertained 75 people at my 60th birthday lunch and created a great atmosphere; everyone loved them. Susie's voice is wonderful and Andy is adept and skilled at switching from instrument to instrument. I have heard them many times and they are always professional, pleasant and adaptable. They are reliable and deliver what they say they will, as well as unassuming and not demanding. Grab them whilst you can! Sandra Lawman, Berkhamsted.

We have heard Smooth Duo many times at various venues. They are excellent performers playing a relaxing and varied mix of music. They play to the crowd and adjusting their set as needed. Susie's voice is like immersing yourself in a rich cup of drinking chocolate, smooth and deep. Andy is a skilled musician who provides a great accompaniment, he seems to do the work of a small band! They are perfect easy listening and have great personalities that really create a friendly atmosphere. We thoroughly recommend them to hotels and restaurants as well as private parties and weddings. (10 / 10)Ray and Susan Dodd

smooth duo performed during drinks and canapes at our wedding in May 2018 and they were fabulous. Communication beforehand was great and the performance was perfect. Susie and Andy were professional, friendly, easy going and extremely talented. Their tunes set the mood for the event and were widely complimented by our Guests.

Verified
Tony I, 2 years ago

smooth duo have been entertaining our guests for many years. They're class and very talented. I wouldn't hesitate recommending them to anyone planning a future function. I've booked them for my 50th Party this year. Don't hesitate, get them booked, you won't regret it.

We heard Smooth Duo play by accident and couldn’t believe our luck. We immediately booked them to play at our wedding and they were absolutely perfect. Smooth, classy, just the right noise level and presence, everyone loved them and they gained a lot of new fans that day. We go and see them whenever we can and I would happily recommend them for any function.

Verified
Janeen B, 2 years ago

A last minute decision to visit a local pub proved a good one as we found the Smooth Duo in residence that evening. Susie and Andy delivered a polished professional set of laid back relaxed soft jazz and easy listening songs at a comfortable sound level. Susie has the most wonderful warm contralto voice, perfectly suited to the style she sings and along with the impressive accompaniments of the multi instrumentalist Andy they delivered a perfect evenings entertainment. We had an enjoyable evening listening to their accomplished performances and wouldn't hesitate to recommend them. We will certainly look out for them in future. Live music at its best. (10 / 10)

A great, live duo who play live instruments - very rare these days. They bring a touch of class to the evening entertainment at this and other Warner hotels - worth going for them alone. 10/10

Verified
Linda A, 3 years ago

I absolutely love Smooth Duo, Susie has an amazing voice and Andy is a superb musician! Everyone said how much they enjoyed the duo and I will not hesitate to rebook them for future events! (10 / 10)

We always love being at Thoresby Hall and have been 18 times so far. The highlight for us has been Smooth Duo, who we always have to listen to. Susie has such a beautiful voice and Andy is the perfect accompaniment. Long may they continue to entertain us.

As a soloist with the National Symphony Orchestra, I had the huge pleasure of enjoying Smooth Duo performances on many occasions. Without doubt the best duo I’ve ever heard...beautiful, classy vocals complemented by sensitive, stylish accompaniments. This is a very, very special voice you really have to hear to believe. Outstanding.

Smooth Duo - an absolute joy to listen to. Susie has the most magical voice, and Andy is a marvelous musician on all his instruments. They surf effortlessly over all types of genres - blues, pop, jazz - you name it and they can produce wonderful music. Cannot recommend them highly enough to you. And to cap it all, they are the most approachable and friendly pair you could wish to meet. Love, love, love them xx (10 / 10)Chrissy Wright

We had Smooth Duo for our daughter's wedding and Susie and Andy set the mood for the evening perfectly with a blend of quality vocals and music everyone loved of all ages! Able to play a wide variety of requests and just so professional in advising our planning and giving us everything musical we wanted. Highly recommended. (10 / 10)Gary and Dawn Dodds