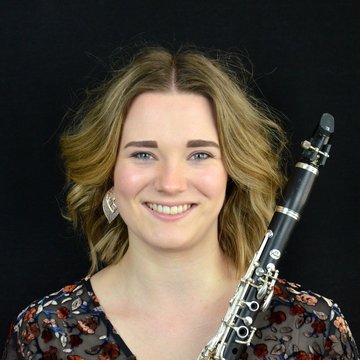 Freelance clarinetist, singer, composer, and arranger based in Bristol.
3 of 26 photos
Clarinettist
Bristol

Susanna Lee is a budding composer, songwriter, arranger, and clarinetist based in London. Growing up in Bristol, she attended Colston’s Girls’ School after receiving a music scholarship in clarinet performance. Originally an aspiring singer-songwriter, Susanna moved to London in 2015 to study an undergraduate degree in Popular Music at Goldsmiths, University of London. After completing the first year, she rediscovered her passion for composing and transferred to the Music course at Goldsmiths to continue her studies. There she studied composition with Jeremy Peyton-Jones and later Roger Redgate, where she composed ’The Highwayman’ originally as a string quartet which was premiered by the Kreutzer Quartet in April 2018. After graduating from Goldsmiths in July 2018 with a First, Susanna spent her summer arranging the work for full orchestra which received its world premiere by the Wyatt Sinfonia under Zoë Kundu in January 2019.