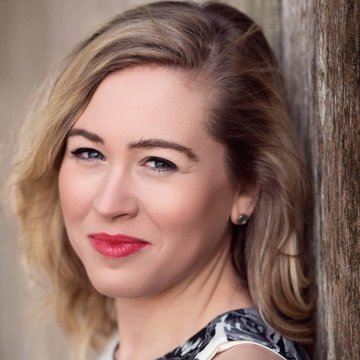 Opera Singer avalible for Weddings, Funerals and events based in South Wales

Stephanie is an Opera Singer based in Swansea, Wales. She has studied in some of the top music colleges in the UK and Germany and has sung with a number of opera companies in the UK and abroad Stephanie has performed in wedding services in Wales to Santorini, University dinners, Graduation Ceremonies and Funerals. Repertoire will be tailored to each event and non classical styles are also offered. Make your event extra special with an opera singer!

Classical/Opera
Ave Maria
Panis Angelicus
Summertime
Quando men vo
O Mio Babbino Caro
Mae Hireath yn y mor
There are fairies at the bottom of the garden
Pie Jesu - Faure and Rutter
Evensong - Lehamann
Cymru Fach
Anfonaf Angel
We'll gather lilacs
Deh Vieni
Saper vorreste
Frere, voyez
It’s my Wedding
Make me a channel of your peace
The lord bless you and keep you
Love divine
Musical theatre/Easy listening
A thousand years
Songbird
How long will I love you
Moon River
Somewhere
If I loved you
A nightingale sang in Berkeley Square
I could of danced all night
Fly me to the moon
If I Loved you
Think of me
Someone like you
To make you feel my love
Somewhere over the rainbow
From this moment
My heart will go on
Wishing you were some how here again
Can’t help loving dat man
This is a small selection of what I can offer, song requests also taken.

Thank you so much for making our wedding ceremony so special - I couldn’t have imagined walking down the isle without you there to sing. I didn’t think it would be possible to make the song any more beautiful but you managed to put your own spin on it which made it extra special. It brought a (happy) tear to us and all of the guests and will always be one of my favourite moments of the day! I highly recommend!

Putting together an event to raise money for charity can be a daunting event. But if you don’t get the entertainment right, then you can self torpedo your own endeavours. Thankfully, by choosing Stephanie Smith on June 8th 2019, a potentially average event became a must see one. To a person, every one of the almost 100 attendees agreed that Steph’s performance was the absolute highlight of the evening. Her repertoire was far ranging from comedic musical to high opera. Her repartee with the audience was sublime and her musicality and professionalism was second to none. Thanks to Steph, we managed to raise over £1000 for charity, and had we been able to go on even longer into the evening, I am sure much more could have been raised as well. Stephanie Smith is without a doubt a rising star in the world of opera, with an undoubtedly very bright future ahead of her. Both I and the attendees were greatly humbled by her gracious acceptance of our invitation to perform and she would be first on my list for any recommendations to others organising such events. I cannot thank or recommend anyone higher than Steph.