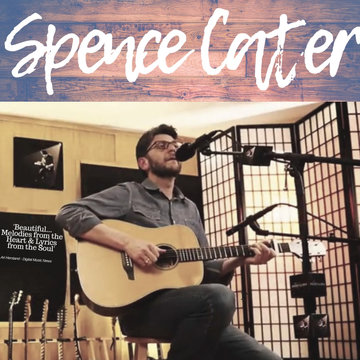 Started off as a drummer in various bands from the age of 16, then taught himself guitar and began writing and performing his own songs. More recently become a full time Singer/Songwriter, playing gigs in and around UK, Belgium and USA. His first solo studio album 'Leaving Lost Vagueness' has been described as 'Raw,Eclectic and brutally honest.' He was recently invited to New York to appear on the Jimmy Lloyd Songwriter Showcase (NBC, Apple TV) He continues to hone his craft and make his living playing cover songs at private events, pubs, clubs and regularly serenades the general public of various towns and cities in the UK, by busking.

“I always try my best to be flexible to help ensure your event runs as smoothly as possible. If timings change slightly in the run up to the event just let me know.”

“Absolutely. This is a really popular request and I actually offer this service for free. However, If you'd like a DJ service via my PA after the final set until the venue closes, I provide this for an additional £100. If that time is no longer than an hour."

"I usually set up about 1 to 1.5 hours before the performance time.”

“My set lists are crafted from countless performances and learning what works best to ensure guests dance and have an amazing time. However, Iam definitely happy to chat through and make sure we find what works for your event. ”

“Yes, absolutely! I bring my own instrument to play acoustically as well as all the leads and other hardware needed."

“If a song isn't included in my song list there may still be a chance I already know it. If there is a special song you'd like me to learn Iam happy to do this for you. Any extra songs then there is a fee of £30 for this service to take into account rehearsal times etc. ”

Previous clients have said that I got the mix of songs just right and have enjoyed the relaxed, fun atmosphere that I create.

Being booked for a wedding or event I have played many people's often very large gardens in a marquee. I've played for TV celebrities and black tie dinners in and around Stratford Upon Avon. Corporate/ Charity functions have seen me playing at The Millenium Point in Birmingham and the 02 Academy.

I've played on The Jimmy Lloyd Songwriters Showcase TV show which was recorded on Broadway, New York. That felt like a high profile gig. On a smaller scale I was personally chosen to play for Henry Normal who co founded Baby Cow productions with Steve Coogan. He co wrote and produced Alan Partridge, Gavin and Stacey, Nighty Night and other hit comedies!

Standard Prices
All prices include:PA equipment, VAT, Pre-recorded music between sets and Free consultation. Wedding bookings: Include up to 3 special song requests
Packages
Wedding ceremony
This includes music before the service begins, music during the signing of the register, and music as guests leave.
£300
NEW!Virtual services
Personalised Music Message
Book me to create a unique music video for you to send to a friend as a gift. This could be a birthday message, first dance song for a wedding anniversary, or just your friend's favourite song to cheer them up.
£15

A random last minute request and Spence made our party! A mixed group of ages from 25 to 68 and everyone up dancing and enjoyed - the weather couldn’t even spoil it!

Thanks Claire. Lovely to meet you all. Hope you had a good time!

I just wanted to say a big thank you to Spence for playing at our event! His professionalism from start to finish was a big factor in ensuring the event was a huge success. He was great at interacting with the audience and being flexible to change his style upon the crowd and also acted as a great Brand Ambassador for us by promoting the brand throughout the event too! Thank you for your help and support and we look forward to working with you on future events.

Thanks Phillipa! Sorry for the late reply. I really enjoyed the event and had fun promoting your drinks. Hope to work with you again. Best, Spence

Thanks Simon. Really enjoyed the event!

Great evening, very professional, great voice and the guests were very entertained and clapping to Spence. Very successful evening. Thank you so much Spence.

Thanks Cristina. So glad you enjoyed it, I know I certainly did :) Best, Spence

MD
Mervyn D
3 years ago, for a Birthday party in Minchinhampton

I met Spence at a charity event where he was performing. This was for people who support friends or family with mental health problems. After his performance he stayed back and circulated with people. I mentioned to him that my wife was to celebrate her 60th Birthday in a few months time and asked him whether he could record a backing track and teach me to sing a love song as a surprise to her. He gave me personal lessons over a period of weeks to prepare for this event including encouraging me to attend a local 'open mike' night to get over my nerves. In the end I booked Spence to perform at my wife's celebration, where he entertained friends and family for several hours performing his own work and also covers of other people. he was extremely well received and people very much enjoyed his performance. This included playing whilst I sang as I realised that to have him play would be far better than a backing track. Throughout this whole process he was encouraging, supportive and a patient teacher. He was always professional, prompt and with an encouraging smile. I know that I would not have achieved my goal, to sing for my wife, without his supportive help and presence.

CW
Caroline W
3 years ago, for a Wedding in Stonehouse GL10 3RA

Dear Spence. I just wanted to personally thank you for your performance at our wedding. Myself and Mark and all the guests were really impressed with your singing and musical performance and you chose some really appropriate wedding songs. I would gladly recommend you to anyone. Thanks again Caroline and Mark Williams