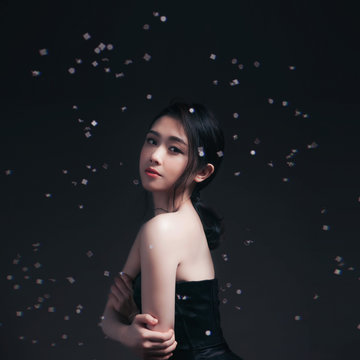 Chan is a Macao-born pianist, has many experiences of performing on international stages and work with different orchestra and chamber.
3 of 10 photos
Pianist
London

Chan Sin,Pianist Chan Sin is a Macao-born pianist who received her bachelor of music degree from The Hong Kong Academy for Performing Arts (HKAPA) under the tutelage of Prof. Eleanor Wong Yee-lun, currently pursuing a master degree at The Royal Academy of Music in United Kingdom with RAM’s scholarship. She has worked with many international professors and pianists, including William Grant Nabore, Tamas Ungar, Hsing-Chwen Giselle Hsin. Her study is supported by scholarships from the Macao SAR Government, HKAPA and Yundi Lee Young Musician Scholarship. She is also a prize-winner of numerous piano competitions, including The Macao Cultural Affairs Bureau Prize; The third place of 75th Steinway and sons international piano competition (Hong Kong); The second place of the Yundi Macau Young Musician Competition; The second place of New York Golden Classical Music Awards international competition; And most recently, the winner of 4th Hanoi Piano Competition. Chan made her first recital debut at the age of 16. She has performed with many distinguished artists, including Lang Lang and Richard Clayderman. She gives public performances frequently as a soloist, chamber musician and has performed in major cities throughout Europe and Asia. When she was only 7, she was invited to perform Mozart piano concerto no.23 with the Macao Orchestra. Years later, she performed Beethoven Piano Concert No. 1 with Macao Orchestra. Chan has attended festivals, such as the 30th Macau International Music Festival and Macao youth orchestra music festival, performed Saint-Saens carnival of the animal with Macau youth orchestra and Dr. Mary Wu, the Music department head of Hong Kong Chinese University. In 2018, she performed with the Hanoi Philharmonic Orchestra as the winner of the 4th Hanoi Piano Competition. She was invited to play for former president of Columbia and was invited as a guest artist to give numbers of chamber concerts in Hong Kong Tai Kwun. Chan was invited as jury member in different competitions. For instance, the Hong Kong international Youth Performance Arts Festival, Taiwan Asia Pacific Art Lecture Hall & Music Competition and she is also the Macao Regional Competition Director of HKIMMA International Music and art Festival. Chan plans to pursue a professional career in piano performance and hoping to make a contribution to music education. Chan’s students have took part in many international competitions in Hong Kong, Taiwan, Japan, Macao, Hungary, Beijing, Zhuhai, Shenzhen and Korea, and have achieve a number of awards. She was awarded Distinguished Teacher Awards by many organisations, such as HKYPAF, Japan Piara competition, Macao piano Association, Hong Kong international piano open competition,The International Liszt Ferenc Competition, Asia Music Competition For young Artists Busan Korea.

We always try our best to be flexible to help ensure your event runs as smoothly as possible. If timings change slightly in the run up to the event just let us know in advanced at least one week before.

“We usually set up about 30mins before the performance time. As soon as our PA is set up we can provide a free playlist service to help set the atmosphere and get your guests ready for our live performance!”

“Yes, of course - as long as the piano is in working order and in tune, then I'm happy to play on it!”

They love the atmosphere and its a touching performance.

Play as a guest of Bravo Macao which is invited by macao goverment.

Standard Prices
All prices include:up to 3 songs for your occasions.

Such a wonderful performance, the guests like it so much! Thanks for your playing! Talented young pianist!