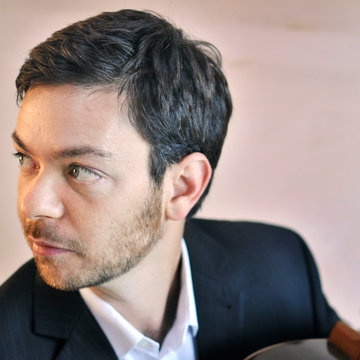 Simon Davies studied at the Royal College of Music and the Royal Academy of Music before receiving his Honours Degree at the Royal Northern College of Music, Manchester . Performing in The Arada Guitar Duo , their 2008 release for Landor Records, ‘Mediterranean’ received glowing reviews from publications such as International Record Review and Gramophone magazine. The duo performed on BBC Radio 3 and Classic FM and in some of the countries finest chamber music venues. Performing with the Royal Shakespeare Company “band”, Simon has appeared in the West End run of “Romeo and Juliet” and the critically acclaimed “Venus & Adonis”. As a soloist, Simon has represented the U.K. in the European Young Musicians’ Concert , in 2011, performed at the London International Guitar Festival and has played for the King of Norway and the Spanish Prime Minister. He is a featured classical artist on Cunard’s “3 Queens” (QM2, Queen Victoria and Queen Elizabeth). Simon examines internationally for Trinity grade and diploma exams and is an examiner for AQA ‘A-level’ music performance. Playing for many corporate events, Simon has provided classical, Spanish, jazz and popular music in hundreds of venues across the UK including; Natural History Museum, Tower of London, City Hall, The Gherkin, House of Lords and Windsor Castle.

Simon played beautifully at my daughter’s wedding. He chose romantic and classical tunes that were perfect for the occasion. He is a very talented musician.

Simon was very professional and his music was a delight. Our guests had nothing but compliments for his performance and the relaxing feel he created. Just what we asked for and he delivered. Thank you for your part making our day so special . Ian and Ian

DA
Darren A
3 years ago, for a Wedding in Northamptonshire

Just wanted to say thank you again for playing at our wedding our guests thoroughly enjoyed your music, to the point where one of our guests who are due to get married soon have asked for your details so i have passed them on!

AF
Armande F
4 years ago, for a Wedding anniversary in Cambridge

Simon was most polite and punctual. He played exactly what we wanted. We really enjoyed listening to him.