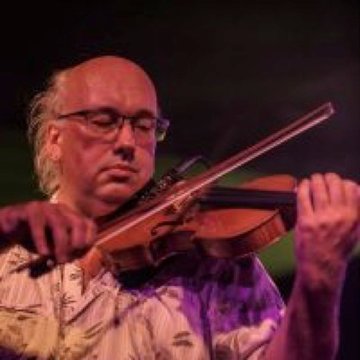 Check availability and get a free quote now - no commitment to book
From£180
Watch & Listen
About Sim
Song list
Reviews
Home page
Sim Jones
Like Sim?
Watch & Listen
1 of 1 video

I'm an improvising violinist, particularly into rock and jazz- but I also play classical and co-lead the local orchestra.And I teach guitar.
Violinist
Bentley, Hampshire

After busking in Europe from the age of 14 - with my big sister, I have played in countless bands on violin. And appeared on many albums as a session player including the track 'Smoke on the water' from Ian Gillan's album 'Gillan', I also appeared with them live for a concert at The Royal Albert Hall in 2006. I'm also on an album by The Wiseguys which was recorded at Abbey Road Studios in the late 80's. And on several tracks on the album 'Les Mains Dans L'Encre' by the French rock band 'Cafe Bertrand'. I've toured in Europe with The Gilly Glover Band, where we played in France, and Switzerland. I've also taught Violin at Eggar's School in Hampshire for the last 15yrs!

'It's always a pleasure to hear you play'