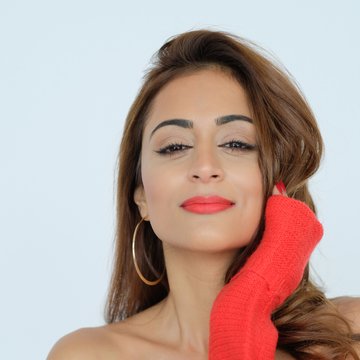 Raised in a multilingual, musical household, Sheila was brought up in a diverse culture - African, British, European and Indian. It’s this fusion which has continued to influence her singing & song-writing today, bringing a truly international appeal to all her songs. Musically Sheila's inspirations cover both Pop and Urban bases, with Ciara, Ne-Yo, and the diva’s diva herself, Mariah Carey. Having trained in Seth Rigg’s Speech Level Singing, a technique also adopted by Michael Jackson, Sheila's technical ability has been crafted in a way to perform for long periods and maintain vocal control. Supporting the likes of renowned UK artists like Shola Ama & R&B singer Omar in venues such as the Royal Albert Hall, she has also collaborated with lover’s rock legend Peter Hunnigale & Tippa Irie. Hunnigale states: ‘Sheila’s style of vocal & production definitely brings a new offering to the table in terms of commercial music as she clearly has a creative mind when it comes to her career & recording as an artist. Sheila has all the attributes of being a commercial success & an easily recognised talent.’ After a live performance on BBC London, Simon Lederman commented: “Sheila is a talent. With a strong, distinctive voice she is also a skilled songwriter. Her African, British, European and Indian background means her songs and performances are truly unique. She is creating cutting edge music for today.” In July 2015 Sheila Gordhan secured top 5 club chart position as vocalist on Samsara’s 'Ten Feet High’ which gained support from Djs across the globe including world renowned DJ EDX and Wideboys (Beyonce, Sia); it was also supported by mainstream radio stations including Kiss FM and Gaydio FM. In May 2016, her single ‘Smile’, a production collaboration with DJ legend Roger Sanchez peaked at number 1 in the US dance Billboard charts and this success led her to work with UK production royalty Si Hulbert (One Direction, Ed Sheeran), Danny Harrison (187 Lockdown) and Belle Humble (Paloma Faith, Freestylers, Zomboy) on the release of ’Skin on Skin’, shot in Cape Town, featuring world champion dancer Blake Williams. During a visit to South Africa in 2017, Sheila performed live on one of South Africa’s biggest TV shows broadcasts, the morning breakfast show, Expresso, which has a viewership of over 2 million people. Sheila has also completed an animation project for one of the largest cartoon networks in India, Shemaroo, where she has recorded and interpreted traditional children’s songs such as ‘If you’re happy and you know it’ and Little Bo Peep’, adding elements of pop and powerful, catchy harmonies. Sheila has also performed at a variety of corporate events; in December 2017 she was invited to perform at the Scottish Business Awards where she entertained clients from a diverse background, including both asian and western covers. Most recently, Sheila wrote a song entitled 'Home' for the United Nations Refugee Crisis, raising awareness for the global refugee crisis; this song, ‘Home’ was featured in their online global campaign, leading to an event in conjunction with the UN, in aid of and raising funds for United Nations Refugee movement. This was held at the prestigious Mandrake Hotel in London where Sheila performed a full set of songs with her trio acoustic band (Sheila G Trio); in a review by UK’s longest running music magazine ‘Record Collector’, Andy Rawll stated: ‘Sheila’s delightfully eclectic set encompassed ‘Leonard Cohen’, John Legend and well-bred originals. These revealed the soul, power and clarity of her voice.' Sheila was also invited to Gibraltar for an Indian Diwali show in November 2018 where she performed a 3 hour set, including both modern and old Bollywood songs alongside a pianist. Sheila G's multi lingual and diverse vocal ability means that she is able to skilfully tailor songs to the needs of the client.

I have access to a number of DJs across different genres so absolutely!

We usually need about an hour but I also usually also require a sound check earlier in the day at the venue (with the engineer) to ensure that the levels are all fine.

Absolutely - I offer a tailor made service, so am completely open to whichever songs are selected by the client

Yes - I have my own wireless mic system.

Yes, I’m a very quickly learner so I can easily learn a piece before an event.

They love the versatility I offer as a solo artist but also in the acoustic group I am a part of (piano and guitarist). They love the ability I have to sing across different genres including Soul, Motown and pop as well as my ability to keep the crowd entertained.

I performed at the Mandrake Hotel last year in aid of the United Nations - it was an event where we raised money for the global refugee crisis; the gig included a 2 hour set where I performed both covers and original songs with my acoustic band (pianist and guitarist); it was used to promote the UN’s campaign and raise thousands for their charity.

I met Sheila G in February 2018 when we began rehearsing together for a high profile gig at the Mandrake Hotel, London. Sheila is a true professional and great at adapting songs, bearing in mind a high entertainment factor for the target audience. Her heart goes into her work as her main focus is on ensuring that the client needs are met completely. We have performed Soul, Motown, Pop and Bollywood songs together to a number of different audiences successfully.

An enchanting & charismatic performer, singer & songwriter. I've worked with Sheila professionally on several music projects including her album Gemstones & her live performances for the Kilburn Festival. Its always a pleasure working with her & I hope to see her back in the studio at Clique Productions soon. 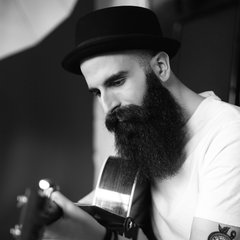 I performed with Sheila G at a private event for the United Nations at the Mandrake Hotel in London and it's been an absolute awesome night. She's a great performer, singer and entertainer and a fantastic band leader too. Sheila is also a talented songwriter and her music speaks to the soul. Her covers repertoire is very large, going from pop to soul/r'n'b, covering several decades' hits. If you're looking for a reliable, professional and outstanding artist look no further.