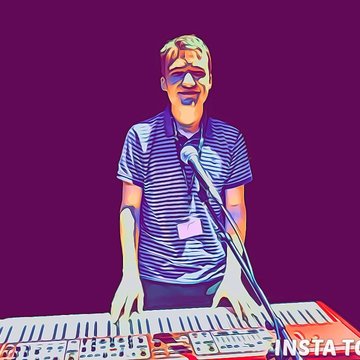 Hi, I am Scotty Handy and I'm a Singer/Songwriter and Musician from Washington, United Kingdom and studied my degree at Sage, Gateshead.

Graduated from the degree in Community Music (BA) at Sage Gateshead through University of Sunderland. Self-taught Piano player and had Vocal Coach lessons from Steve Morton (Musical Director for Susan Boyle) who now plays for Martha Reeves and the Vandellas. Also trained to sing by Carole King and Aimee Rigby. I was a part of SeeNine, which was a Jazz band that played at the Bridge Hotel and the Hoochie Coochie in Newcastle. I was reviewed by Lance from Bebop Spoken Here. Lance said that "Pianist Scotty chorded impressively, his choreographed body movements indicating just how much he was enjoying himself." I have since played a gig in Sage 2 of the Sage, Gateshead called Music Excites Me. My Big Band played on Monday the 8th of May at 7pm. I also played piano in Sage 2 on the 26th of May which was a Friday for a Firefighter who had written a song for the Blue Light Choir called "Ode To The Newborn". I have recorded this with Stu Hagon, who wrote the song with the Blue Light Choir at Broadwater Studios Ltd in Gateshead.

Standard Prices
All prices include:Digital Piano and Synth, Vocals and Setlist
Packages
30 mins set
30 minutes of music with a short interval to get a drink.
£80

Pianist Scotty chorded impressively, his choreographed body movements indicating just how much he was enjoying himself. It was great to see such young musicians blowing so well and to have an appreciative audience. http://lance-bebopspokenhere.blogspot.com/2016/09/seenine-hoochie-coochie-september-29.html