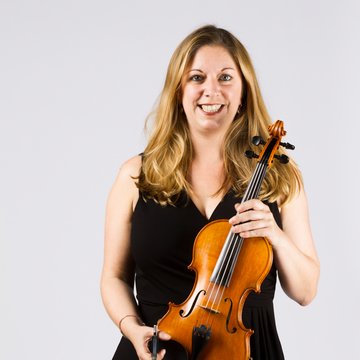 Check availability and get a free quote now - no commitment to book
From£180
Watch & Listen
About Sali-Wyn
Reviews
Home page
Sali-Wyn Ryan
Like Sali-Wyn?
Watch & Listen
1-3 of 20 videos
Albinoni Adagio Sali Wyn Ryan Violin
Have yourself a merry little Christmas
Merry Christmas from the RPO!

Sali is a member of the Royal Philharmonic Orchestra, Founder of Classical PopUps, access to dozens of top musicians. Any ensemble possible.
3 of 15 photos
Violinist
London
Public liability insurance of £10 million
Verified profile

With a fusion of the conventional and a fresh, flexible approach to concert going, Classical PopUps brings bite-size performances by established musicians to an array of exciting venues. All of the musicians from Classical PopUps have their own flourishing careers and enjoy immense success on the concert platform; either as full time members of some of the country's finest Symphony Orchestras, or as diverse freelancers. Each performer brings a level of versatility and excellence rarely experienced in such succinct musical morsels.   The essence of Classical PopUps is short, snappy, awesome chamber music concerts with a twist; the twist being either a quirky venue, an unusual setting, funky repertoire, an unconventional line up of players or a surprising collaboration. The collective biography includes the Royal Philharmonic Orchestra, the Philharmonia, the London Symphony Orchestra and BBC Symphony Orchestra, to name but a few - alongside regular players with several West End shows, chamber ensembles and touring companies. The company was only formed a couple of years ago and has already attracted a great deal of attention and has performed to large audiences all over London. With an eclectic selection of venues under its belt, including the Canvas Cafe in Shoreditch, ‘Acoustic Sundays’ in Hackney, the Charles Dickens Museum, Carousel Spaces and the pop-up restaurant Platform1 in Dulwich; Classical PopUps is absolutely thriving and is currently exploring collaborations with a few underground venues in London, market places and also looks forward to creating new ‘Music Experiences’ for the hugely successful Airbnb. Director Sali-Wyn is a Violinist with the Royal Philharmonic Orchestra and founder of Classical PopUps. Since graduating from the Guildhall School of Music and Drama in 1999 she has led a varied and exciting musical career, combining Orchestral, Chamber and Solo work which has taken her all over the world. Alongside her RPO schedule she performs and tours regularly with the Philharmonia and has extensive free-lance experience with ensembles such as Bournemouth Symphony Orchestra, WNO, ENO, London Festival Opera and Royal Northern Sinfonia. Sali-Wyn has played as a deputy on several major West End shows, including The Lion King, Sinatra and Phantom of the Opera. As a String Quartet player, Sali-Wyn has performed at venues and festivals throughout Europe, including a prestigious series of recitals for the late Lady Walton and CD recordings with Bryn Terfel. Alongside her career as a violinist, Sali-Wyn is a part-time Music Producer for Classic FM where she has worked closely with many presenters. She has assisted in providing musicians for several Classic FM events, including a collaboration with Sky Arts and a Flashmob performance in 2012 which reached millions on the web! In 2015 she selected a group of musicians to record an album with guitarist Craig Ogden - an CD which became number 1 in the Classical Charts for several weeks. Classical Pop-Ups is a challenging venture which amalgamates Sali-Wyn’s creative initiative with over a decade of musical experience.

We hired Sali-Wyn to perform the Game of Thrones theme tune on repeat for several hours at King's Cross Underground station to promote the start of series 7. It's not an easy job performing the same piece for so many hours so Sali did a great job.

A concert with a difference....classy music on a tiny scale