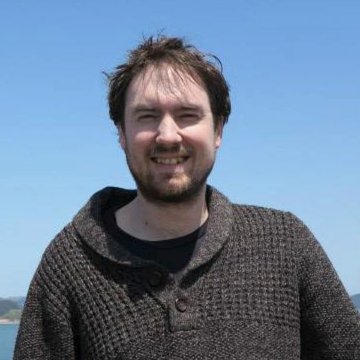 Check availability and get a free quote now - no commitment to book
From£180
Watch & Listen
About Ryan
Reviews
Home page
Ryan Fox
Like Ryan?
Watch & Listen
Watch
Listen
1 of 1 video
The House of the Rising Sun (live)

Introducing Ryan Fox, a folk rock singer-songwriter from Kent, UK. Enjoy smart, poetic, often political lyrics, well-told stories? Care for the left? Not prepared to stand by and let the world go to pot without a fight? You'll find a home with Ryan. On a day to day basis Ryan can be found trying to remember what he did and where he was only yesterday, honing his Al Pacino impersonation in the shower, and trying to get his code to work. He has yet to make much progress on any of the above. Ryan grew up in the East Midlands but settled in Kent after leaving university. He is a qualified secondary school physics teacher and is currently studying at Imperial College London for a PhD in Theory and Simulation of Materials. Ryan has acted with the Canterbury Players drama group, recently appearing as TomJon in Terry Pratchett's Wyrd Sisters. He recently appeared on the BBC TV show Pointless, but him and his fiancee were mugged of victory by a dodgy question on geography. Influences Ryan's gentle, smart, poetic lyrics and social commentary draw inspiration from Bob Dylan, Pete Seeger, Donovan, Woody Guthrie, Dylan Thomas, Percy Shelley, Johnny Cash, Bruce Springsteen, Dolly Parton, Eagles, The Beatles, Tom Petty, Willie Nelson and Roy Orbison. His musical influences include Bob Dylan, Donovan, Elvis Costello, Eagles, Johnny Cash, Pete Seeger, Don McLean, Woody Guthrie, Hank Williams, The Beatles, The Band, Neil Young, The Seekers, The Byrds, Noel Gallagher, ELO and the Nashville TV series.

I feel like I got a lot of Johnny Cash vibes from this album. Which is awesome because he had a way of getting people to hang on to his every word. He captivated you. You felt like he was not only singing but singing to you. That’s how I felt listening to Tip Of The Iceberg. I would highly recommend this album for a good time. Especially if you’re having a bad day and need some music to cheer you up. This is the best album Ryan has done so far and his other albums are really good. For only £5 you can’t go wrong so pick it up RIGHT NOW!

The tune is simple and very catchy and the lyrics are a bit scary given the current global political situation. Therefore making it a great protest song.

Singers in the UK
Singers in Canterbury
Singers in Dover
Singers in Maidstone
Singers in East Sussex
Singers in Rochester
Customer Service
Discover
Company
As seen on
© Encore Technologies, Ltd.
Crafted with bagels and in London